Infinix has launched the Infinix Smart 6 Plus in India as scheduled. This model is different from the Smart 6 Plus sold in Nigeria in terms of both design and features. 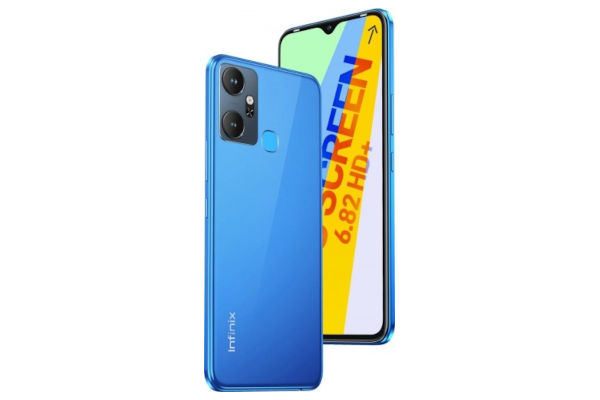 The Infinix Smart 6 Plus’s Indian version (X6823C) features a notched display like the original model (X6511G), but with a diagonal of 6.82″, it’s bigger than the original Smart 6 Plus’s 6.6″ panel. The Indian variant’s display is dimmer with a peak brightness of 440 nits (vs. 500 nits), but both screens have the same resolution (HD+).

The rear panel of the Indian Smart 6 Plus has a “mirror back design,” while the original model’s back cover flaunts an “Aura Waves textured design” and is coated with an anti-bacterial material.

The design of the camera islands on both variants is also different, but both use 8MP primary sensors, accompanied by AI Lenses. The selfie cameras are different, too. The original model sports an 8MP selfie shooter joined by a single flashlight, whereas the Indian version features a 5MP selfie unit flanked by LED flashes on the left and right sides.

The Indian Infinix Smart 6 Plus is powered by the Helio G25 SoC and comes with 3GB RAM and 64GB storage onboard. The RAM can be virtually expanded up to 6GB, and you also have the option to expand the storage up to 512GB since the smartphone has a dedicated slot for a microSD card.

The original Smart 6 Plus, on the other hand, comes with 2GB RAM and 32GB storage, expandable up to 512GB. Infinix hasn’t mentioned the name of the SoC powering it and only says the smartphone has a 2GHz CPU at the helm.

On the software front, the Indian Smart 6 Plus runs Android 12 (Go Edition) with XOS 10.6 on top, unlike the other model that boots XOS 7.6 based on Android 11 (Go Edition).

The rest of the highlights of both Infinix Smart 6 Plus versions include a rear-mounted fingerprint scanner, DTS Surround Sound, and a microUSB port. Both models pack 5,000 mAh batteries. 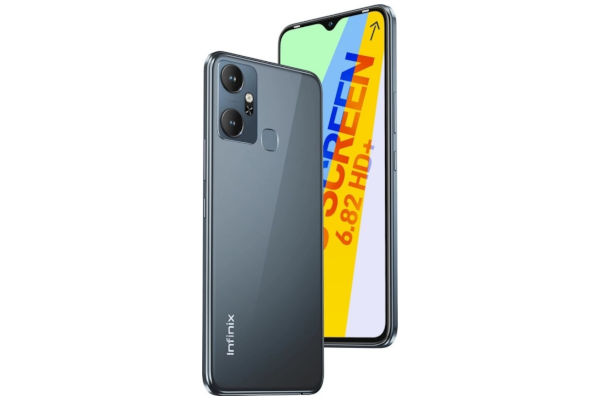 Infinix Smart 6 Plus Price and Availability in India

The Infinix Smart 6 Plus’s India variant comes in Miracle Black and Tranquil Sea Blue colors, and it will go on sale in India through Flipkart starting August 3 with an introductory price of INR7,999 ($101/€99).