Over the last couple of weeks, various rumors regarding the upcoming Nothing Phone (1) have been keeping the media platform busy. This is the first ever smartphone from the company, and recently it was even spotted in a BTS (Behind the Scene) video. 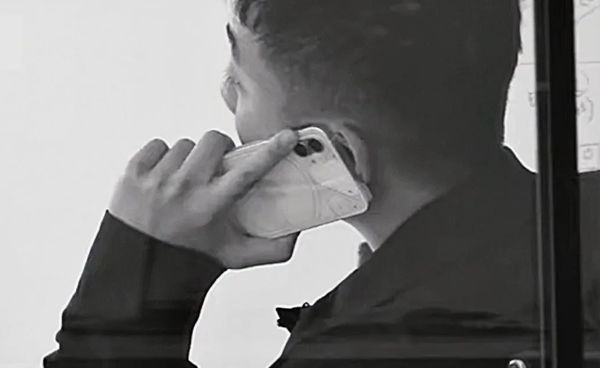 The highly anticipated Phone (1) was spotted in the video, in the hands of the brand’s founder Carl Pei. The senior executive has been behind the brand’s strategy for creating hype behind all of its products and the new video upload on YouTube was also a part of this plan. The video was titled “Preparing phone (1) ft. Carl Pei” and was shared on the company’s official YouTube channel.

While the video does not directly show off the smartphone, it does offer a glimpse at the handset ahead of its official announcement right at the end of the video. Looking at the image above, we can see that the Nothing Phone (1) has a white color tone on the back underneath its transparent rear panel. The smartphone’s vertically stacked dual camera setup on the rear is also clearly visible, housed in the top left corner.

Nothing might have dropped additional hints in the video regarding the device or some other easter eggs. Although, there weren’t many details to go on. Talking about its rumored specs, the smartphone is expected to sport a 6.55 inch FHD+ 90Hz OLED display.

Under the hood, it will be equipped with a Snapdragon 7 Gen 1 SoC and will boot on Android 12 OS based Nothing OS.