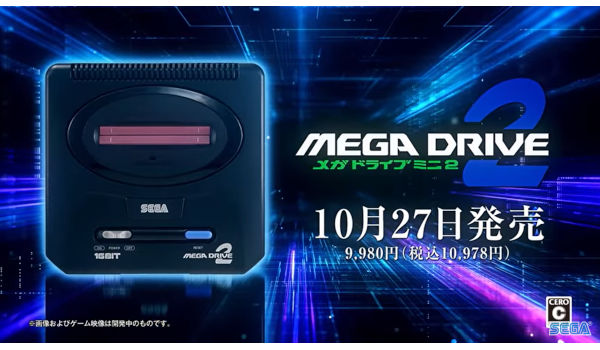 The new Sega Mini Drive console is compact and comes with 50 pre-installed games. Some of the in-built games on the console are Virtual Racing, Hedgehog CD, Shining Force CD, and Slipheed. These retro-styled consoles are reminiscent of the early decades of gaming consoles. Nintendo and Sony have previously relaunched some of their iconic offerings. This has been met with varying degrees of success.

The launch of the NES mini in 2016 was a huge success on the marketing front. Nintendo and Sony have not been very successful with their previous retro console offerings.

The Sega Mega Drive which was also named Genesis was released to a tumultuous welcome in 2019. Sega will hope that its latest mini Mega Drive console will also have a decent run in the market. There are no talks of the availability of the new Sega Mini Drive console outside Japan.

More details relating to the product will emanate as the release date draws closer. We shall keep readers in the loop for any new details.