Meta is rolling out new updates to Reels on Facebook and Instagram platforms. These new updates targeted at content creators, include new editing tools, the ability to create and schedule Reels on desktop, and much more. So without further ado, let’s check out all the new features which will soon be rolling out globally. 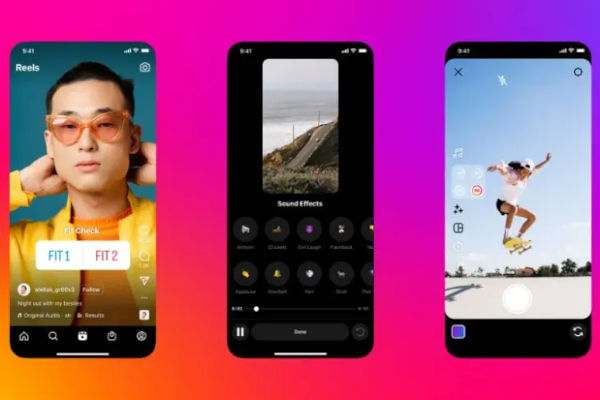 Starting with Instagram Reels, the update brings a total of four new features. The first is that Instagram now allows users to import their own audio clips and apply them on Reels. As long as the audio clip is longer than 5 seconds, it can be applied over a Reel.

The next feature is the addition of poll, quiz, and emoji slider stickers, which were previously only available for Instagram stories. The third new feature called Templates is quite similar to TikTok‘s templates and lets users create Reels using another Reel as a template.

Instagram presents timestamps that go along with a song or another trend on the app, and users can plug in their own photos or videos to match. The last feature to come to Instagram is the increased maximum length of a Reel which now allows videos of up to 90 seconds.

Facebook Reels have also received some new features including the ability to create, edit, schedule, and publish Facebook Reels from their web browser through the Creator Studio. There is also a clipping tool feature to create small clips from a longer video. This new feature will also help Facebook streamers who can now create a short clip from their stream and post it as a Reel.

Last but not the least, Facebook has introduced a feature called Sound Sync for reels, which just like TikTok, can automatically sync video clips to the beat of a song or music.