By TellForce Blog On Jun 7, 2022
Share
Join Us On Telegram

At the WWDC 2022, Apple finally announced the new M2 chipset and also put all the rumors to rest with the launch of the redesigned Apple MacBook Air. With this, the company has updated the laptop which was last refreshed a couple of years ago. 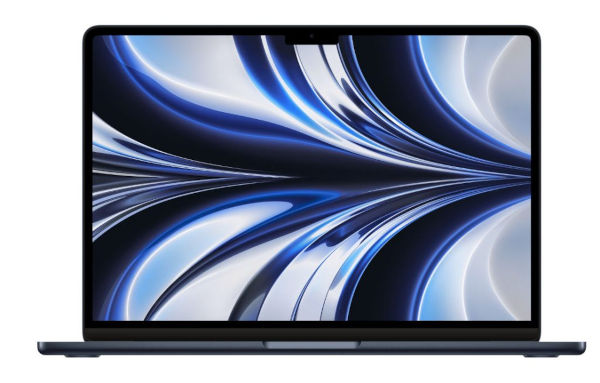 The new Apple MacBook Air comes powered by the new M2 chip and continues to have a fanless design. Instead of the regular 13.3-inch display, the laptop comes with a new 13.6-inch display with up to 500 nits of brightness.

The screen is said to be 25 percent brighter than its predecessor and it comes with support for 1 billion colors. As for the design, the device looks quite similar to the 14-inch and 16-inch MacBook Pro models of last year.

Powered by the new M2 processor, Apple claims that the Final Cut Pro performance is nearly 40 percent faster than on the M1 Air and Photoshop is up to 20 percent faster.

There are two Thunderbolt ports on the left side, along with a headphone jack with support for high-impedance headphones. It also has added support for the MagSafe connector for charging. However, it still misses out on some of the ports, such as HDMI and SD Card reader, among others.

It also comes with an updated 1080p camera along with four speakers and three microphones. Apple said that there’s also support for Dolby Atmos spatial audio. The Magic Keyboard now has a full row of function keys with Touch ID and Force Touch trackpad. 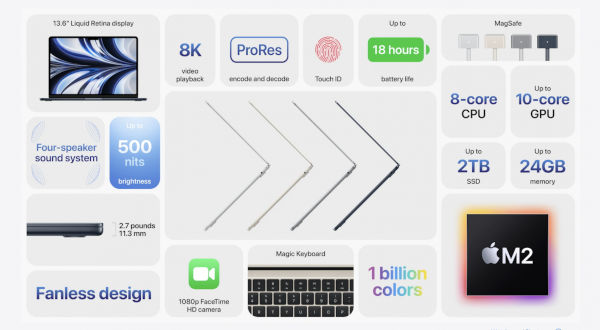 The laptop measures just 11.3 millimeters thick and weighs 2.7 pounds (1.2 kilograms). As for the battery life, the company is promising up to 18 hours of video playback and with an optional 67-watt power adapter it can charge up to 50 percent in 30 minutes. 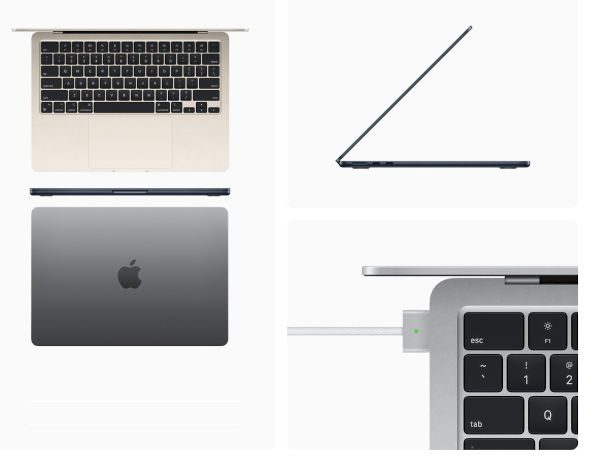 The new Apple MacBook Air comes in four color options — Silver, Space Gray, Midnight, and Starlight. It will be available for purchase from next month with a starting price of $1,199.