During its WWDC event, Apple announced its new ARM-based SoC for the Mac called M2, the successor to the M1 that was introduced in 2020. It uses second generation 5-nanometer process technology, and has 25 billion transistors, 25% more than M1. 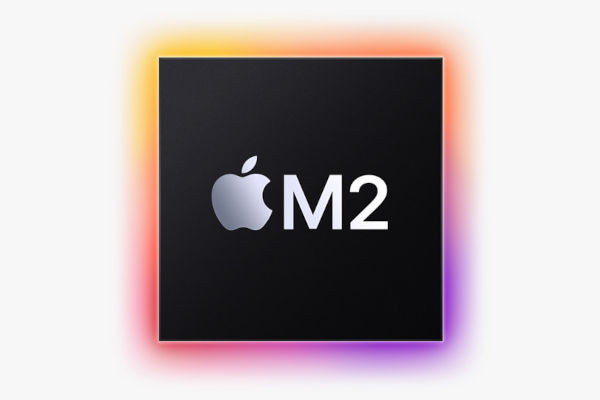 The additional transistors improve features across the entire chip, including the memory controller that delivers 100GB/s of unified memory bandwidth — 50% more than M1. It offers up to 24GB of fast LPDDR5 unified memory.

Apple said that it offers up to 18% faster CPU, a 35% more powerful GPU,  and a 40% faster Neural Engine compared to M1. “The M2 delivers the peak performance of the PC chip while using just a quarter of the power, said Apple. 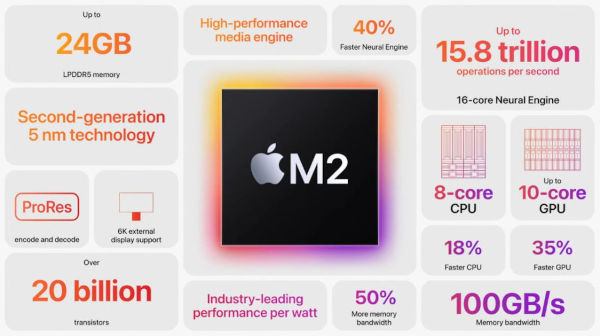 Combined with a larger cache and higher memory bandwidth, the 10-core GPU promises up to 25% higher graphics performance than M1 at the same power level, and up to 35% better performance at its max power. 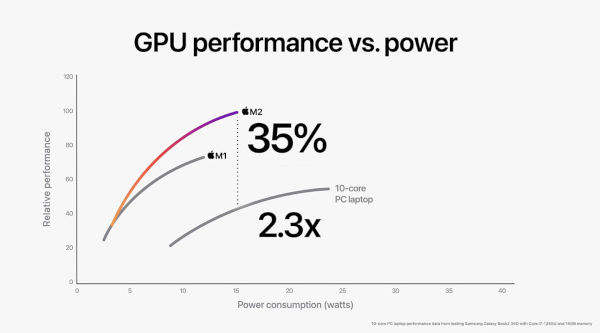 “Compared with the integrated graphics of the latest PC laptop chip, the GPU in M2 delivers 2.3x faster performance at the same power level, and matches its peak performance using a fifth of the power,” said Apple.

Apple also said that the macOS Monterey is engineered, down to its core, to take full advantage of all the capability and power of M2. macOS Ventura, coming this fall, will also take full advantage of M2, bringing new features including Stage Manager, and powerful new capabilities with Continuity Camera and Handoff in FaceTime. macOS Ventura also includes big updates to Safari, Mail, Messages, Spotlight, and more.

The M2 powers the new MacBook Air and 13-inch MacBook Pro. We can expect new devices with the chip in the future.