It was recently gathered that Xiaomi will launch its upcoming flagship phone- Xiaomi 12S Pro with a Snapdragon 8 gen 1 plus processor. Now, according to a new report, the smartphone will also come with a MediaTek Dimensity 9000 chipset. The features of the phone are expected to be the same except for the processor. 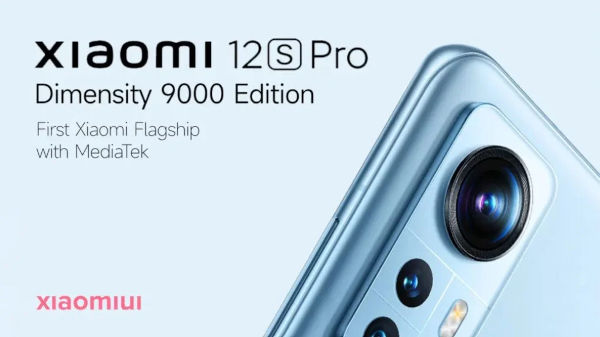 According to Xiaomiui, Xiaomi 12S Pro with Dimensity 9000 SoC is in the works and they have spotted its traces on the Mi code. The publication first found the phone’s model number- 2207122MC in the IMEI database.

From the model number, they discovered that the device is codenamed “dauimer”. After further research, they found out that “dauimer” is Xiaomi 12S Pro Dimensity 9000 edition.

With this news, it is now evident that the upcoming Xiaomi 12S Pro will come in 2 SoC variants- Snapdragon 8 gen 1 plus and MediaTek Dimensity 9000. We currently have no news about the launch date of the smartphone, but the appearance of the phone in the Mi code indicates that Xiaomi may launch the handset soon.

We are in the dark about other specifications of the phone. However, you can check out the rumored specs below.

The handset is expected to have a 6.55 inches AMOLED display offering 1080 x 2400 pixels resolution and 402 PPI. The smartphone could feature a triple 64 MP (wide) + 8 MP (ultrawide) + 5 MP (macro) camera set up in the back. On the front camera, it could have a 16 MP snapper for video chats and selfies.

The smartphone is likely to be fueled by a 4500 mAh battery and is expected to carry support for 67W fast charging, Power Delivery 3.0, and Quick Charge 4+. The phone will run on Android 12 + MIUI 13 operating system out of the box.

Xiaomi 12S Pro is said to be equipped with sensors such as optical under-display fingerprint (under display, optical), accelerometer, gyro, and compass + Virtual proximity sensing.