By TellForce Blog On May 2, 2022
Share
Join Us On Telegram

Chinese smartphone brand UMIDIGI has unveiled the UMIDIGI F3, a 6.7-inch smartphone with a 5150mAh large-capacity battery. The handset is a direct successor to the F2 announced back in 2019. The new comer has bigger display, and latest OS, but the CPU on the inside is the same Helio P70 used on the 2-years old predecessor. 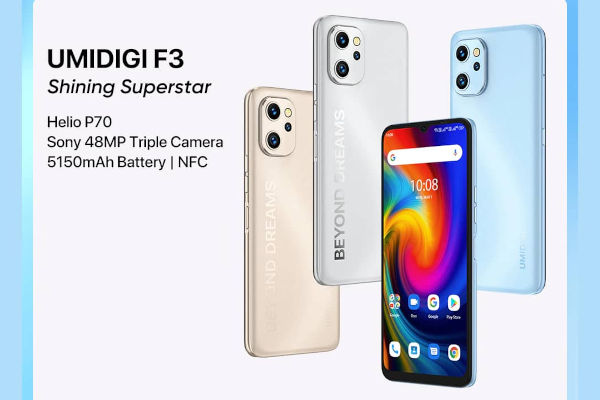 On the front, the F3 is built around a 6.7-inches HD+ screen with a dewdrop notch on the top.

Under the hood, the smartphone is powered by the MediaTek Helio P70 CPU, clocked at 2.1GHz, along with Mali-G72 GPU. The UMIDIGI F3 has 8GB RAM and 128GB ROM, and you can attach an SD-card should you run out of memory.

Speaking of the camera department, there are three lenses on the rear of the phone. These includes a 48-megapixel primary lens, 8-megapixel ultra-wide, and a 5-megapixel macro lens along with a single LED flash. While a single 16-megapixel lens is held within the notch upfront.

Additionally, the phone support dual Nano-SIMs with 4G LTE network on both SIMS. You are also getting a side mounted fingerprint scanner, a 5150mAh battery that charge via USB Type-C interface, while Google Android 11 OS is available out of the box. 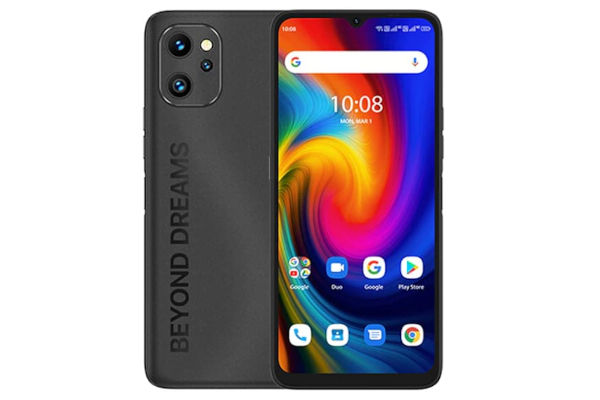 The F3 is available in 5 colors: Hawaii Blue , Matte Silver , Starry Black , Sunglow Gold , Galaxy Blue. It will be released on May 5, 2022 for purchase on Aliexpress. 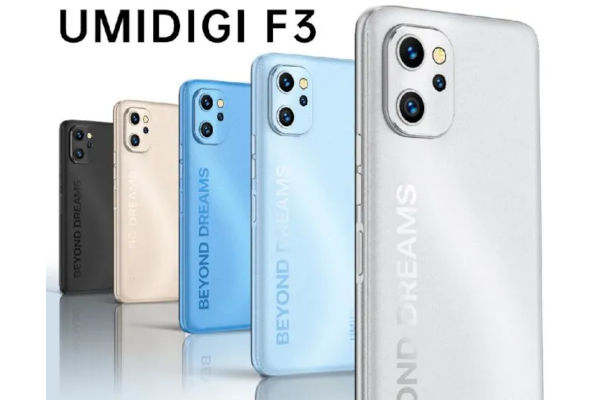