TikTok’s parent company Duoyin, also known as ByteDance, wants more from the popularity of the video-sharing platform both in China and overseas, going by its upcoming product. According to the company, to have got a live-streaming gadget equipped with a flippable camera in the works and a render of the gadget has appeared online. It is called Lingjing Live Streaming All-in-One Machine. 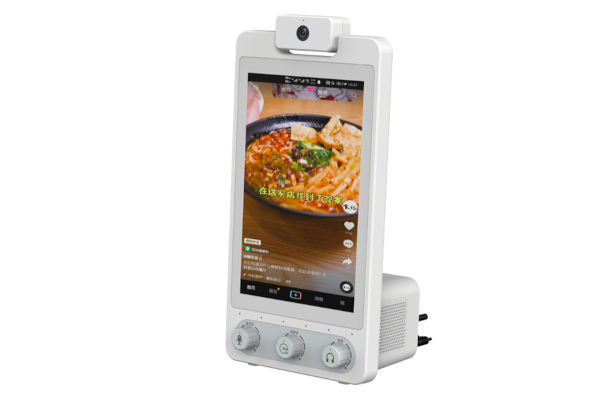 The device has a more professional outlook than a mobile phone. It is foreseeable that TikTok creators will adopt this device for creating professional-looking content, but it is not very affordable.

The render of the product spotted on shows it adopts a vertical screen design similar to a mobile phone, which matches the Douyin live broadcast interface. It has a flippable camera on top similar to the camera design of the iconic OPPO Find N series. The camera design allows for adjustment within a 180-degree axis as desired.

The device packs a large display screen but the size is not known at this time. There are three control knobs right under the screen. The knobs are for the microphone, background sound, and volume controls. There is also a base on the back of the screen, which also functions as a speaker. It is unclear whether there is a built-in battery.

The gadget is said to carry a steep 15,800 yuan (~$2346) price tag. We expected more details about the ByteDance Live-streaming device to emerge in the coming days.