Samsung has announced PRO Endurance microSD card that is specially designed to meet the rigorous demands of surveillance cameras, dashboard camera systems, doorbell cams, body cameras, and other types of cameras. It tends to produce improved endurance and performance for secure and effective continuous capture and playback. 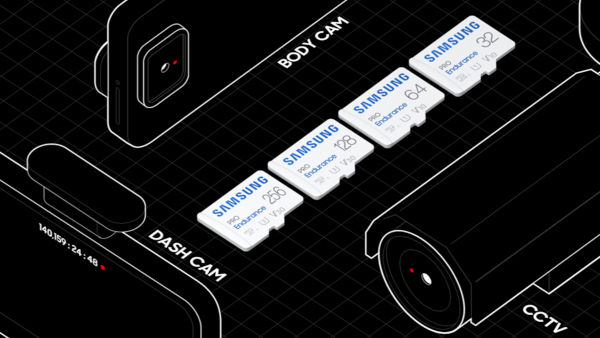 According to Samsung, the PRO Endurance models, which are built on enterprise-grade NAND flash memory, can last as long as “up to 33 typical speed-focused cards.” whereas the read and write speeds of up to 100MB/s and 40MB/s, respectively, cannot compete with the 160MB/s of the earlier PRO consumer models. 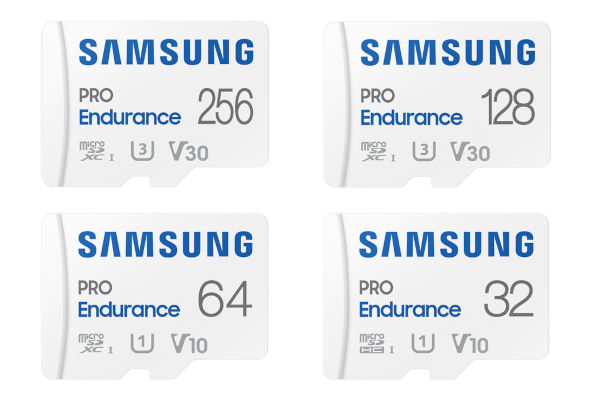 From there, users can fully expect to see the company’s six-proof durability reinforced. The new version is resistant to water, magnets, X-rays, and extreme temperatures. It also has what appear to be better protections against drops and constant use, as seen in the previous version.

Samsung promises up to 16 years (140,160 hours) of continuous recording time with the card, so it can last as long as up to 33 typical speed-focused cards, saving frequent replacement costs, says the company. 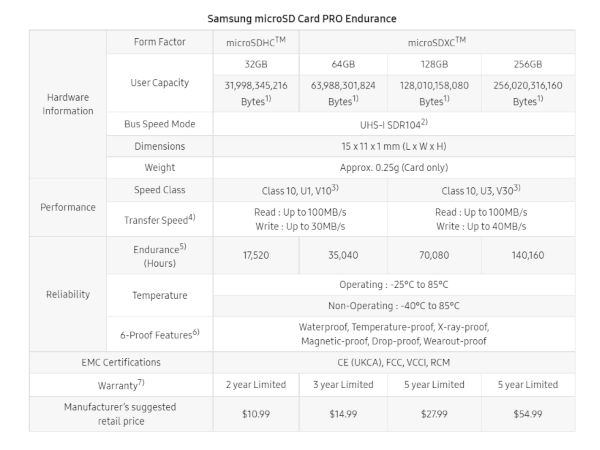