Realme has officially launched the Realme Pad X in China. The Pad X comes with a different design compared to the original Realme Pad and Realme Pad Mini. It arrives with a better set of features. 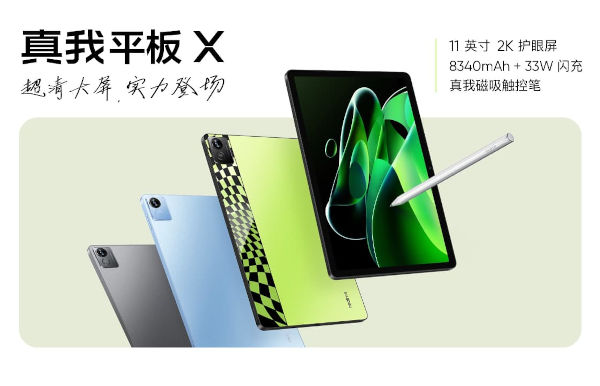 The Realme Pad X features a flat frame design similar to the Apple iPad Pro and iPad Air. It measures 7.1mm in thickness and weighs 499g.

The device houses a single rear camera which is placed on a rectangular island. Whereas, the front camera is located on the right bezel.

As far as buttons are concerned, the volume rocker is on the right side, while the power key is on the top.

Since it features quad speakers. There are four speaker grilles — a pair at the top and the bottom respectively. Then, there’s a USB Type-C port at the bottom and a TF card slot on the left.

The screen has support for stylus input. The official optional stylus charges magnetically on the side of the device and supports 4096 levels of pressure sensitivity. Customers can also opt for the official keyboard accessory featuring a 1.3mm key travel. 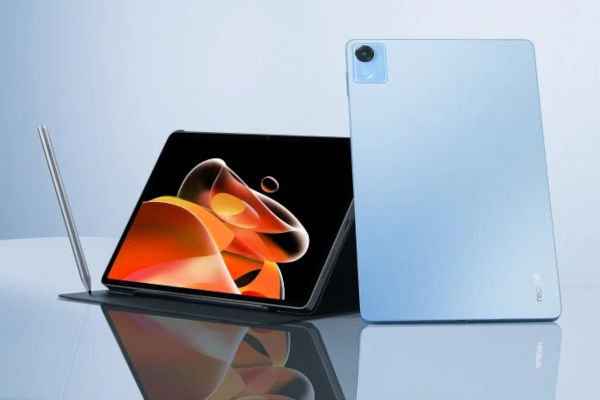 The tablet is powered by a Qualcomm Snapdragon 695 SoC and comes in a sole WiFi-only version. It boots Realme UI 3.0 for Pad based on Android 12 and offers software features, such as PC Connect, split-view, and Apple’s center stage-like functionality on the front camera.

It houses quad speakers with support for Dolby Atmos and Hi-Res Audio. For optics, it arrives with a 13MP rear camera and a 105° front-facing front camera.

Finally, the product gets its juice from an 8,340mAh battery and supports 33W fast charging.

It comes in two standard colors, such as Star Grey and Sea Salt Blue. It can be also availed in a dual-tone finish called Bright Chessboard Green. The Realme Pad X will retail at the following price tags in China.

On the other hand, the official accessories will be sold at the following price tags.

The pre-orders for the tablet start today at 4 PM CST. The first sale is scheduled for 8 PM CST on May 31. During which, a ¥100 discount will be offered on the device.

There’s no official word on the product’s availability outside China yet. However, we expect it to be launched outside its home country.

Realme Narzo 50i Prime with a Unisoc T612 chip launched:…