MediaTek has recently be dominating the market, thanks to its Dimensity series processors, and now the Taiwanese company has launch another chipset called MediaTek Dimensity 1050. 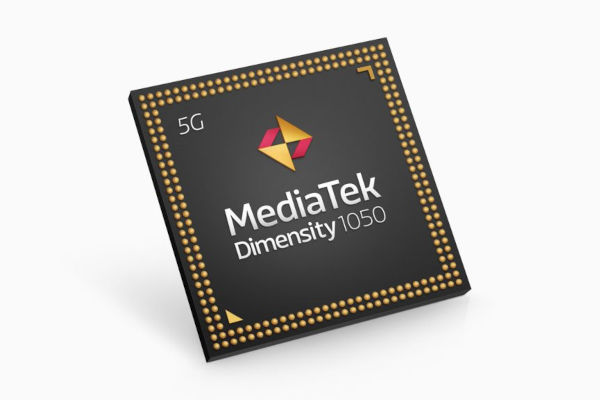 The chipset is just a lower specced version of the Dimensity 1100 SoC, but it is also the company’s first processor to come with dual mmWave and sub-6GHz 5G connectivity.

The MediaTek Dimensity 1050 is an octa-core processor built using a 6nm process and has two ARM Cortex-A78 performance cores clocked at 2.5GHz. While the company hasn’t mentioned efficiency cores, they are likely to be six ARM Cortex-A55.

It also packs ARM Mali-G610 for graphics processing and has support for MediaTek’s HyperEngine 5.0 suite for providing additional optimization tools and features for better gaming performance.

The processor comes with support for Full HD+ resolution screens with up to 144Hz refresh rate along with support for hardware-accelerated AV1 video decoding, HDR10+ playback, and Dolby Vision. 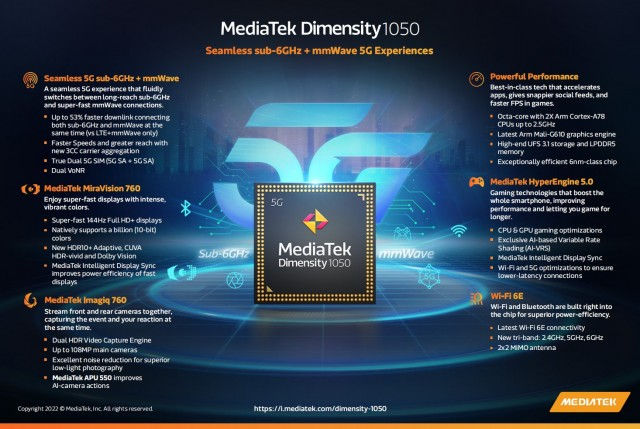 The company has not revealed more information about this processor but has said that devices powered by the MediaTek Dimensity 1050 will be available in the market sometime between July and September this year.