Android Auto-powered display screens are already parts of modern cars. Even owners of cars that didn’t come with Android screens have found a way around by installing third-party Android Auto dongles. So it is fitting that Google is introducing some upgrades to Android Auto bringing not just a new look but more features. 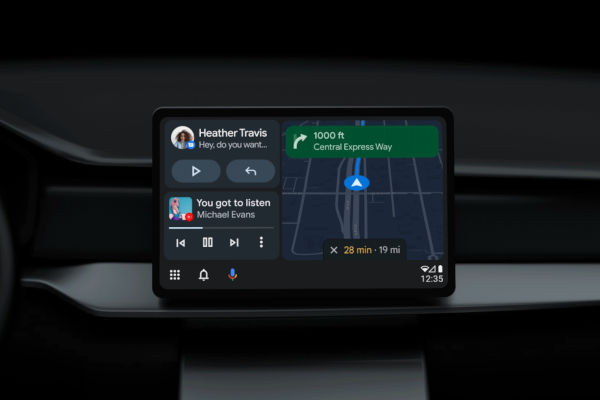 The main change in the application is that the user interface will be more flexible in adapting to different car screen sizes and orientations. It will also have a default split-screen look, offering drivers easier control over the major functions. Google is also working to bring more video content and casting capability to the Android Auto. This will allow users to cast videos on the car’s display.

Android Auto is mainly deployed by most drivers for map information, media, and messaging mainly. The Google Assistant and notifications will be more accessible with the new Android Auto outlook. The dock will also be able to will be at the side closest to the car’s steering wheel for easier access.

Google Assistant will deliver suggested quick solutions to issues including sharing estimated time or arrival with your contacts.

Furthermore, more recent cars with built-in Android Automotive OS will get more features like web browsing, watching YouTube videos, and other options when the car is parked. Some of the car brands that will have this feature include Ford, Volvo, and GMC.