During the Google I/O conference, the company unveiled a number of new products, which included a new smartphone, a smartwatch, and even teased future gadgets as well. But along with hardware release, the brand also officially unveiled Android 13 OS for tablets. 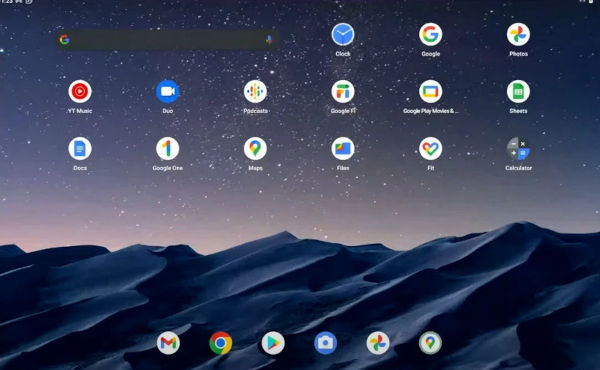 In the event, the Search engine giant showcased the latest operating system that it claimed will arrive with improved multitasking features and some overhauls to the UI. One of the most notable change in the latest software, is the addition of a Taskbar in the UI. Android 13 on tablets will now have a taskbar and an update notification share that will make use of a tablet’s larger screen real estate. Apart from this, Google has also placed a focus on improving the multitasking experience as a whole. 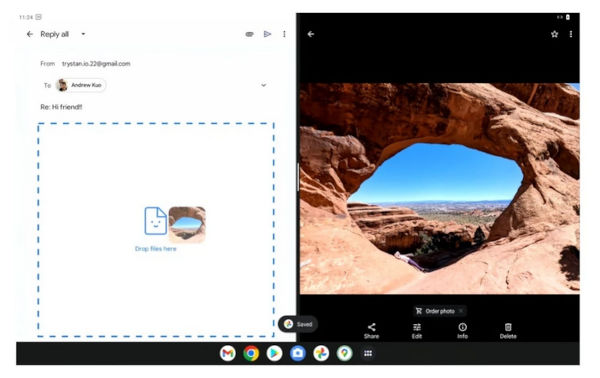 With mobile devices becoming increasingly more powerful each year, it arrives as no surprise that the line between a tablet and a notebook is quickly blurring. With the addition of a taskbar, the device itself resembles Chrome OS in a manner, and helps users quick launch apps that they require on a daily basis.

Furthermore, Android 13 will also feature the iPad like drag and drop feature, which lets users take an image from their gallery and simply drag and drop it on a messaging app when used in a split screen mode. 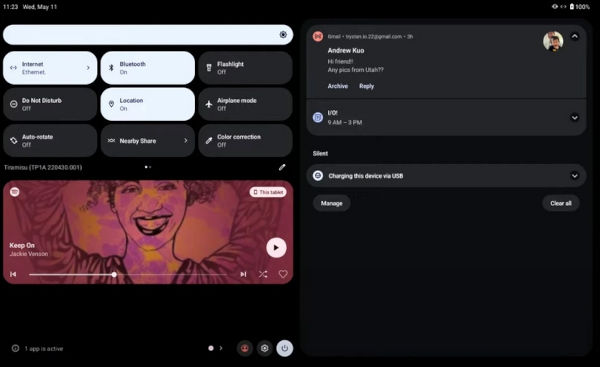 This split screen interface is even reflected in the notification tray that now drops down to two halves. One contains all the necessary quick action settings while the other houses all of the notifications. Another interesting feature showcased was the “swipe up to overview,” which allows you to quickly check the apps that are running on the background.

Notably, Google also announced that it will be optimizing and updating more than 20 of its apps to better work with Android 13 powered tablets.