Last year, Xiaomi launched a female-focused smartphone called Xiaomi CIVI in China. Latest reports have claimed that the company is all set to launch an enhanced version of the device. Today, the brand released an official confirmation that it will be unveiling the Xiaomi CIVI 1S at 7 PM (local time) on April 21 in China.

As mentioned above, the CIVI 1S is not going to be a successor, but an updated version of the existing phone. According to the below-shown teaser, the Xiaomi CIVI 1S has an ultra-thin design. The rear side of the phone has a triple camera unit at the top-left corner. 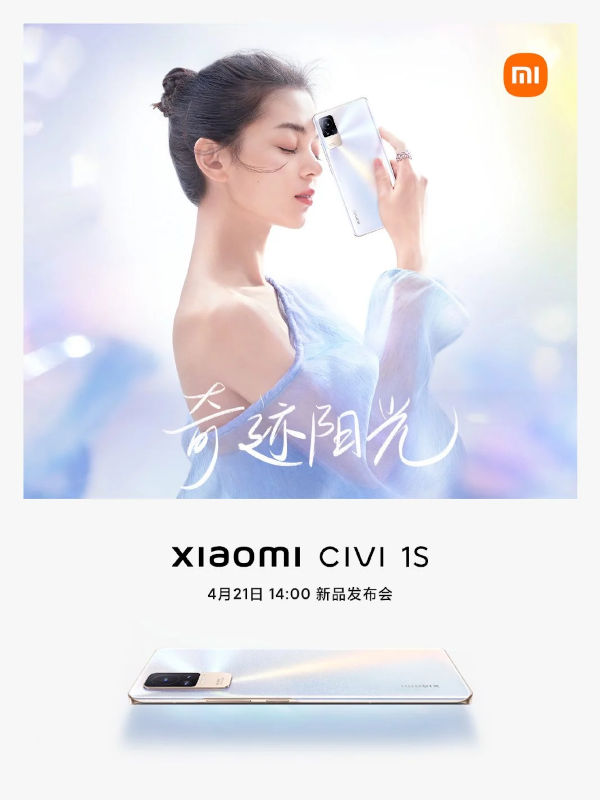 With only three days remaining until the launch, the company is expected to release more Weibo posts to confirm the key features of the Xiaomi CIVI 1S.

Recent reports have revealed that the Xiaomi CIVI 1S will be equipped with a 6.55-inch AMOLED LTPO screen that will offer a Full HD+ resolution and a 120Hz refresh rate. As far as display design is concerned, the CIVI 1S will have curved edges and a punch-hole placed at the top-centre position.

The CIVI 1S is likely to be available for purchase starting in May in China.