Qualcomm surprised the smartphone community when it announced its 2022 flagship SoC with the Snapdragon 8 Gen 1 moniker. Instead of the usual Snapdragon 800 series, the company has created a new standard. Therefore, its upcoming chips will be dubbed Snapdragon 8 Gen 2, Gen 3, and so on. 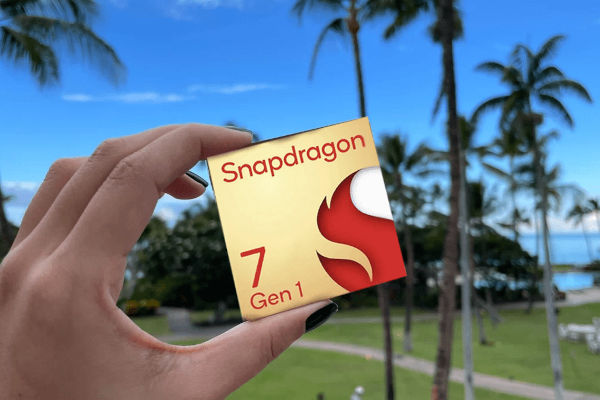 Now, it’s just a matter of time until this new nomenclature reaches other chipsets in the company’s portfolio. In fact, the Snapdragon 700 series is the next in line for a re-branding. The company will start with the Snapdragon 7 Gen 1 which will be revealed sometime this year. Today, the tipster Digital Chat Station has revealed some interesting details about an upcoming Snapdragon 7 series SoC.

According to the popular Chinese leakster, an upcoming chip, presumably the Snapdragon 7 Gen 1 will come with 4 x ARM Cortex-A710 CPU cores and 4 x ARM Cortex-A510 CPU cores. To those unaware, these core standards emerged with the new ARMv9 architecture. They are the replacements for the Cortex-A78 and the long-running A55 cores.

In addition to this CPU architecture, the leakster also confirms the presence of an Adreno 662 GPU inside the new chipset. We assume it will be much more powerful than the Snapdragon 642L which is present on the Snapdragon 778G and 778G+.

For now, there aren’t many details about the chipset, but we expect to hear more in the next quarters. After all, Qualcomm needs to bring more diversity to its chipset range. We won’t be surprised to see a major revamp with the announcements of Snapdragon 6 Gen 1, and 4 Gen 1 as well. Time will tell.

The Snapdragon 7 Gen 1 will be present on upcoming mid-range and premium mid-range smartphones, including some Xiaomi smartphones.