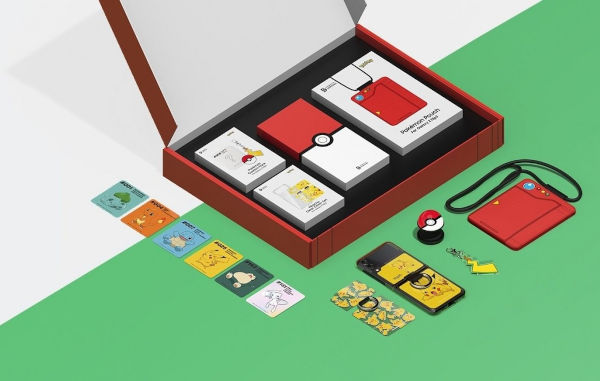 The company has announced that the event will be exclusive to their website and the Galaxy Z Flip3 Pokemon Edition devices will not be made available for purchase in the Samsung experience stores.

Looking at the listing on the website, the Galaxy Z Flip3 Pokemon Edition will come with a large packaging box. Other than the device, the company has included many exclusive Pokemon-themed goodies inside the box like a Pikachu clear cover set, a Pokedex-themed Pouch, a Pikachu keychain, and a Poke Ball-shaped stand. Additionally, it also looks like Samsung is offering exclusive Pokemon cards with the bundle including Pikachu, Bulbasaur, Charmander, Squirtle, Snorlax, and a Mew cards.

The Pikachu Clear Cover is customizable. The phone can also come with some unique themes, ringtones, and wallpapers related to Pokemon. More information about the phone will be available later this week.