Nothing launcher released; Here’s how to Install it on your smartphone

Nothing has announced that it is releasing its Nothing Launcher for other Android devices on the Google Play Store.

The Nothing Launcher, currently in beta, is very similar to a no-nonsense stock Android launcher. It features a set of standard circular app icons and a single custom wallpaper. 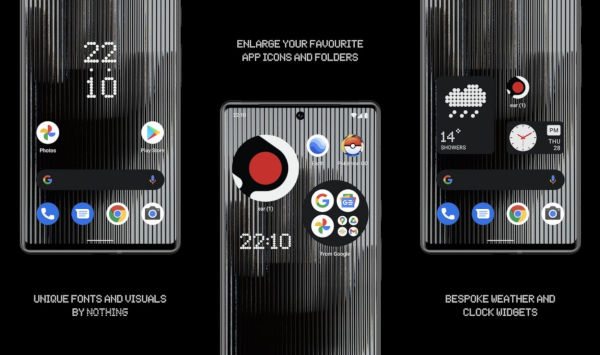 The Nothing Launcher also brings a feature dubbed Max Icons and Max Folders. You can press and hold on any icon or app folder on the home screen and click a button to supersize it. This will make the icon or folder go from a 1 x 1 size to 3 x 3. Obviously, there is still a long path to go, but Nothing probably will keep the launcher in a simple form without bloatware.

According to the company, the launcher will come for Samsung Galaxy S21 and S22 series. The Google Pixel, Pixel 6 series will also get it. The company will also offer support for OnePlus devices in a near future. However, it’s possible to sideload the app and install it on any Android device without much hassle. It probably depends on your Android version. You can download the app through the APK Mirror database.

Nothing OS 1.1.4 update brings ability to flip the 3-button… 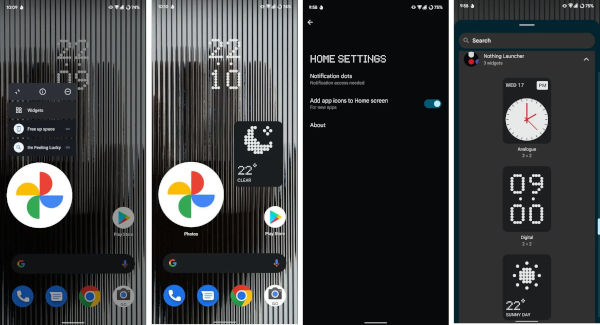 NOTE: You can also download from Google Play Store

The launcher had just been released, so it’s hard to determine how many phones will run it fine. We can recommed you to try and install it by your own luck. Devices running Android 10, Android 11, Android 12 will probably run it without much issues. Older Android versions may not be compatible, but again, it needs testing.

The process is quite simple, and from APKMirror you’re safe to downlad and install. So you’re free to try without many issues. After all, this process does not represent any risk to your device.

According to the rumors, the Nothing phone (1) will come with Snapdragon 8 Gen 1 and the Nothing OS. Apparently, the Nothing Launcher is the first glimpse we have of this upcoming OS. The company will provide three years of Android updates, and up to four years of security patches.