According to recent reports, a new Nearby Share feature is coming to Android. This feature was seen in the most recent version of the Google Play Services app, though currently dormant. 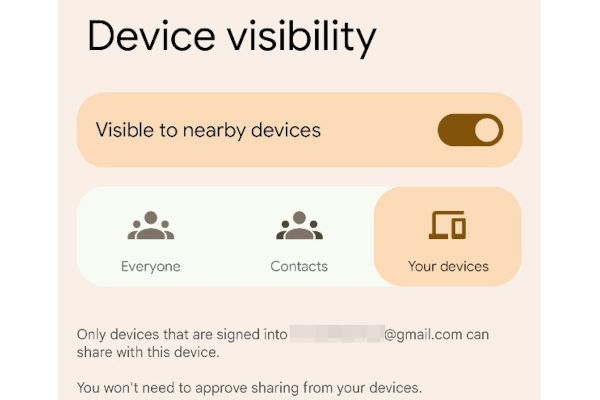 Nearby Share will have a new option called “Your Devices” which would list devices in your proximity that are also on the same Google Account. This would directly begin transferring a file over to a receiving device without needing to approve the transfer.

The new feature Nearby Share’s will allow you to quickly share files to other devices signed into the same google account without needing to approve the share using the “self-share” mode.

This hasn't rolled out yet from what I can see, but it's present in the latest version of Google Play Services. pic.twitter.com/wdtxoiE2oz

You can send send files, photos, and videos to other devices in the vicinity if you are using an Android and Chrome book devices.

The feature is not yet out to the public, but still in development. Atleast expect it from next month.

Netflix is losing subscribers due to war against Account Sharing