MediaTek has launched the Dimensity 1300 chipset, which is expected to power the upcoming OnePlus Nord 2T/3. 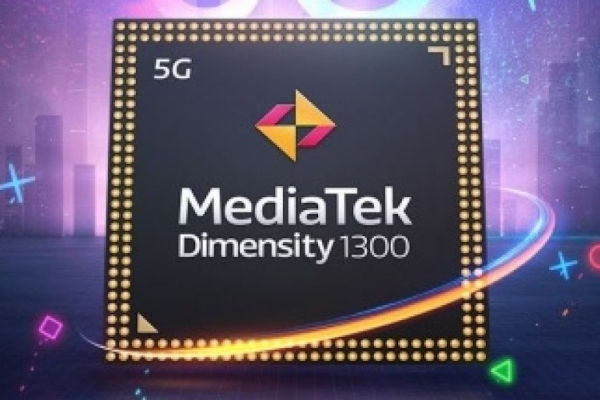 The new chip, built on TSMC’s 6nm process, features an octa-core processor with four Cortex-A78 cores (one Ultra, running up to 3GHz, and three Super, up to 2.6GHz) and four Cortex-A55 efficiency cores, scaling up to 2GHz. The graphics processor is a 9-core Arm Mali-G77 MC9. 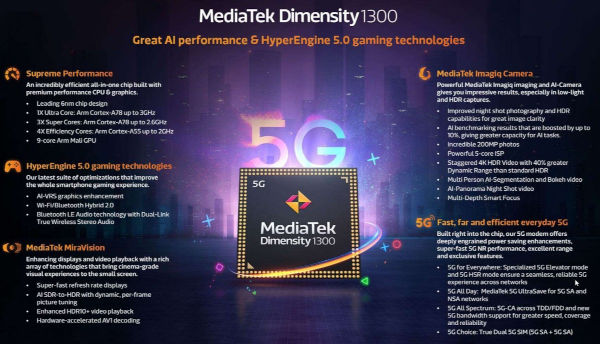 MediaTek is yet to reveal which devices will launch with the Dimensity 1300 first, but the OnePlus Nord 3 is expected to be among them. The Dimensity 1300 should offer performance on the scale of Qualcomm’s most-powerful 7-series chip, the Snapdragon 778G.