The developers behind WhatsApp keeps bringing on more features to the platform. Recently, WhatsApp has rolled out a new option called “My Contacts Except…” to some beta testers. Now, messaging app will soon be able to send group polls.

According to wabetainfo, the group polls feature is available in the WhatsApp beta for iOS with version 22.6.0.70. With this feature, ]users can create in-app polls to send to your group chats.

As you can see in the screenshot below, as discovered in the interface when sending a poll, if you are yet to vote a poll, you can choose the option to vote. When you press “Vote”, your selected option will be shared with other participants of the group. Note that group polls, their options, and your answer, are end-to-end encrypted, so nobody can see the content of the poll, not even WhatsApp. 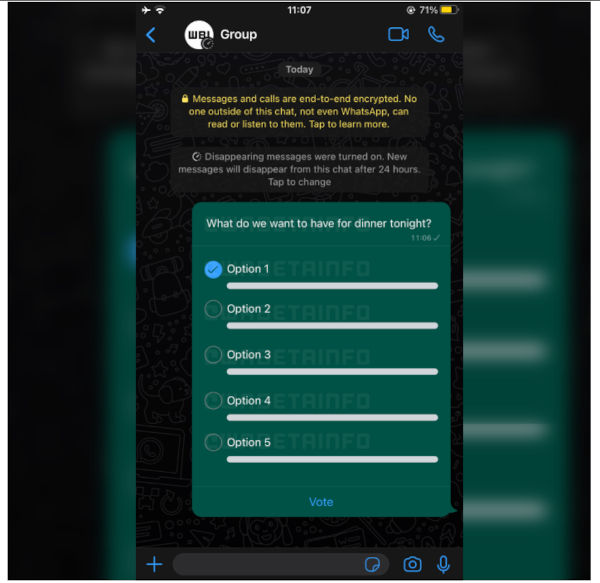 Please note that feature is still under development on the beta version, so it is still impossible to create and send polls. Even if you think polls are ready, it is not so: WhatsApp still needs to improve polls before releasing the feature, and this takes a lot of time.

The feature is also under development on WhatsApp beta for Android, so do not expect to see group polls soon.