Google has announced that in order to protect users’ privacy and security, it will start restricting old applications in the Google Play Store. 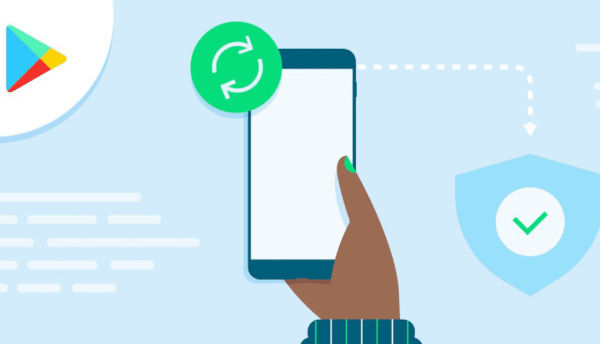 In a new blog post, Google explains that starting November 1, 2022, existing apps that don’t use the API targets for two years after the release of the latest mainstream Android operating system will no longer provide search discovery or download. Any app that falls into the category described above will be removed from PlayStore from November 1st.

According to Google, these upcoming requirements are to protect the privacy and security of users. Users who update their devices regularly “expect to realize the full potential of all the privacy and security protections that Android offers”. Thankfully for developers and users, the “vast majority” of apps in the Google Play Store already adhere to the new standards. Thus, once the policy update is in place, there shouldn’t be much change. The longer lead time for this update will also allow developers to update their applications when needed to meet the new target API requirements.

Developers will need to keep their applications compliant with updates. 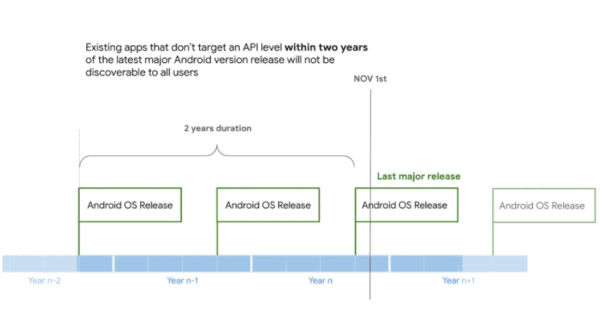 Currently, to release an app on the Google Play Store, developers must meet the Android API target of the latest mainstream release within a year. Thus, you don’t have to worry about any new or just-updated apps disappearing any time soon.