The next-generation iPhone launch is still several months away but leaks and reports about the upcoming Apple‘s devices is already making rounds, revealing some major changes that the company has planned for this year’s smartphones. 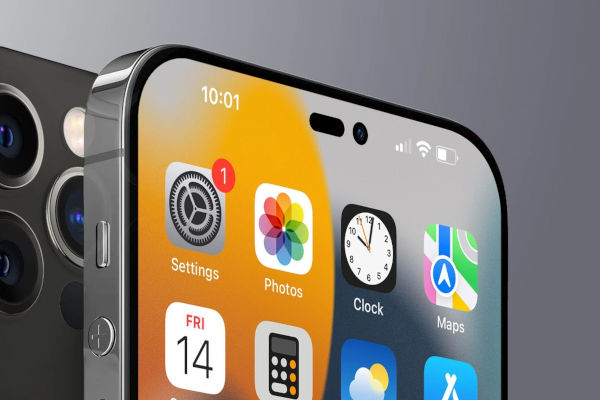 In the latest development, detailed schematics of the Apple iPhone 14 Pro Max have surfaced online. The pill cutout on the phone’s front panel is claimed to be 7.15mm while the punch-hole cutout will be 5.59mm.

The leaked images also indicate that there will be a gap between the pill-shaped cutout and the punch-hole cutout that is set to replace the notch on the upcoming iPhone models for housing the front-facing camera and the Face ID sensors.

It is also being claimed that the 14 Pro Max will have 1.95mm thin bezels, which is significantly thinner than the 2.42mm bezels found on the 13 Pro Max. This would lead to an increase in the screen-to-body ratio for the upcoming smartphone.

The Apple iPhone 14 Pro Max will be 160.7mm high and the width of the device will be 78.53mm with the side buttons. The depth of the phone, including the camera bump at the back, will be 12.16mm.

It has already been reported that the camera bump on the upcoming iPhone 14 series models is a bit thicker as the company will be using a 48-megapixel primary camera sensor instead of the usual 12-megapixel sensor.

The iPhone 14 Pro Max is expected to feature a 6.7-inch display, the same as its predecessor while the Pro model will have a 6.1-inch screen. The Pro models are said to be powered by the Apple 16 Pro processor, unlike the non-Pro models will be running the A16 SoC which is said to be the renamed variant of the current-generation A15 Bionic chip.