Though benchmark scores had favored MediaTek’s Dimensity 9000 over Qualcomm’s Snapdragon 8 Gen 1 (at least on Geekbench), AnTuTu top 10 list for March that is still being dominated by the Qualcomm’s chip. Eight out of ten devices are powered with the latest Snapdragon flagship, but MediaTek has made quite some strides this year, actually coming in fourth for the first time. 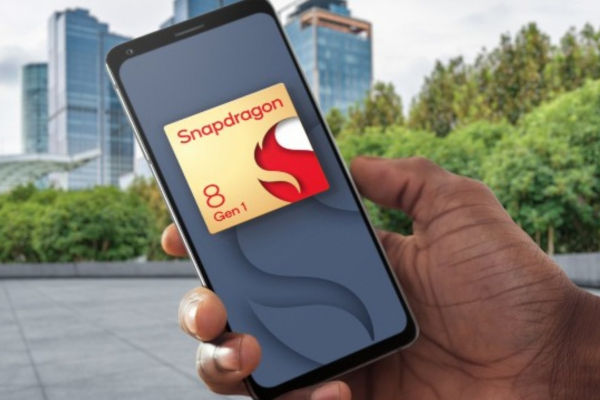 The REDMAGIC 7 Pro took the first position with a score crossing the 1 million mark with the iQOO 9 series following closely. Number four was the Redmi K50 Pro with the Dimensity 9000 with a score nearly touching 1 million and is accompanied by the OPPO Find X5 Pro in the MediaTek camp.

Aside from the Dimensity 9000 and the Snapdragon 8 Gen 1, no other chip has made it to the top charts. The Galaxy S22 Ultra with the Exynos 2200 did appear briefly on the February list but has failed to outperform some newer launches. 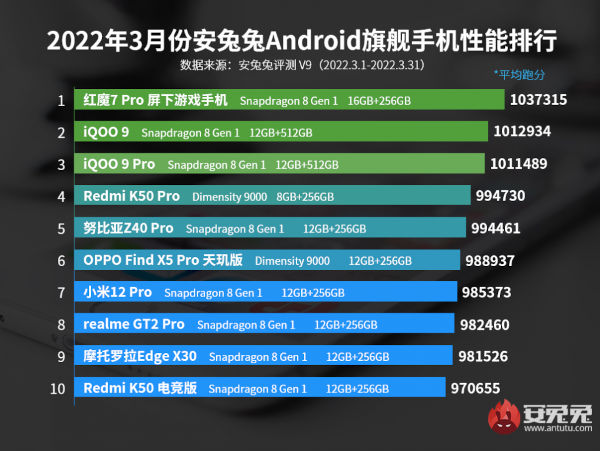 In the past two years, MediaTek first focused on the low-end and mid-end market where it quickly gained market share, and then moved on to high-end flagships, so as to establish a firm foothold.

The Dimensity 9000 not only adopts the most advanced TSMC 4nm process but also has a unique architectural technology. The CPU is a combination of 1x X2 super core, 3x A710 large cores, and 4x A510 small cores, which is ARM’s latest solution for flagships.

For those not looking for the absolute best in performance, desiring better battery life instead, MediaTek also offers the arguably more stable 5nm-based Dimensity 8100 platform. This one uses the usual 8+8 ARM big.LITTLE architecture and promises a better power to efficiency ratio.