WhatsApp is constantly introducing and updating its messaging platform to improve the user experience of its large userbase. And now, the latest addition seems to place a focus on making voice messages more interactive.

The Meta-owned messaging platform, is currently testing new features like the message reactions, poll feature, and multi device support as well. But the new features do not end there, as its developers are also working on bringing additional ones that helps improve voice interactions.

The improvements will be thanks to updates like draft preview, ability to pause and resume recording, out of chat playback, resuming playback, and even waveform visualization.

One of the upcoming features include Out of Chat Playback feature that lets users listen to voice messages even if they are outside of the original chat. This has been a highly requested feature and is a quality of life change. 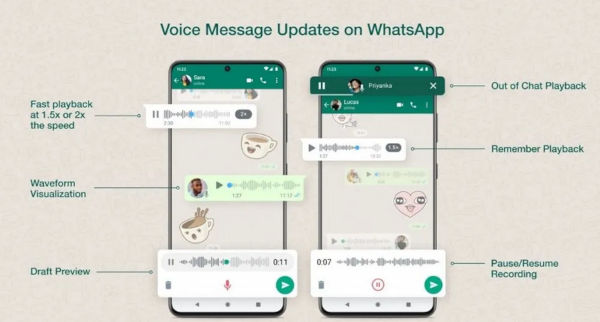 Additionally, users will soon be able to pause and resume recordings as well. Another new feature is that one can first listen to their voice messages before sending them, through its new Draft preview feature. Lastly, the Waveform Visualization gives you a visual representation of the sound of the voice message.

Summary of the Improvement coming to WhatsApp Voice Recording 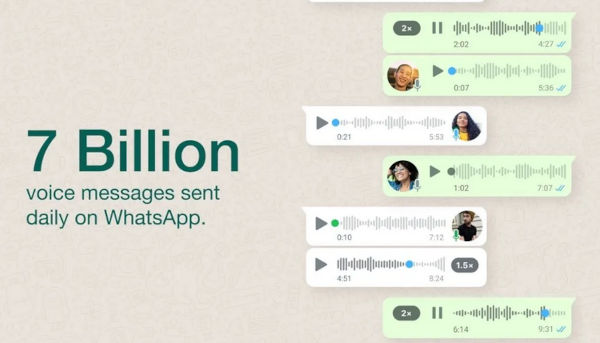 Sending voice messages on WhatsApp has been a thing since 2013. However, while it isn’t the major focus of the platform, the company stated that an average of 7 billion voice messages are sent in a day. So, it is clearly a popular function of the app and it isn’t surprising that the company would seek to improve it even further.

All of these features should roll out on the live build in a couple of weeks.