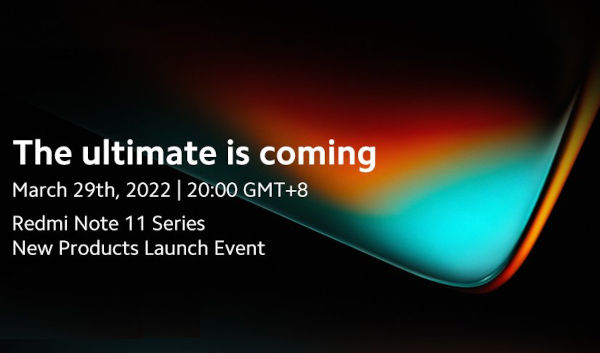 According to the company, it will be the most powerful Redmi Note phone yet. The teaser page shows that the phone will support the most powerful charging speed, the most unforgettable audio experience, and the most incredible details in photography.

To remind you the Redmi Note 11 packs a 6.6-inch FHD+ screen with 50Hz, 60Hz and 90Hz variable refresh rate, 16MP front camera inside the punch-hole, is powered by Dimensity 810 SoC with up to 8GB of RAM with 3GB of extended memory, has a 50MP rear camera along with an 8MP ultra-wide camera. It has a side-mounted fingerprint scanner, packs a 5000mAh battery with support for 33W fast charging.

The company says that it will reveal new products at the event, so we can expect some accessories alongside.

The Redmi Note 11 series global launch event starts at 1PM CET (5:30PM IST) on March 29th. We should know the price of the phone when it goes official next Tuesday.