Realme recently hit the tablet market with the announcement of the Realme Pad tablet. And now, the company’s division in the Philippines has teased the coming of a new tablet named the Realme Pad Mini. A Philippines-based publication has shared key information on the specs of the Pad Mini. 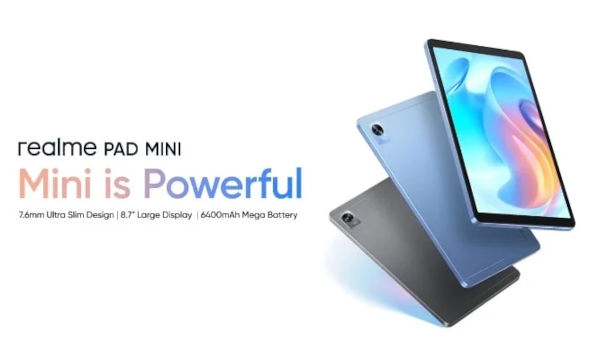 According to Hungry Geeks (via), the Realme Pad Mini will measure 7.6mm in thickness and weigh around 372 grams. The tablet will house an 8.7-inch display that offers a resolution of 1340 x 800 pixels.

The tablet is likely to be fueled by the Unisoc T616 chipset. The publication further mentions that the device will come in two flavors, such as 3 GB RAM + 32 GB storage and 4 GB RAM + 64 GB storage. Both models will carry support for LTE connectivity.

The Realme Pad Mini will feature a dedicated slot for adding up to 1 TB of microSD card. It will pack a 6,400mAh battery that supports 18W fast charging. There is no word on the cameras of the Pad Mini.

The aluminium-bodied device is expected to arrive in gray and blue colors. At present, there is no information on the price of the device. Rumors are rife that the company may announce it on April 4 in the country. 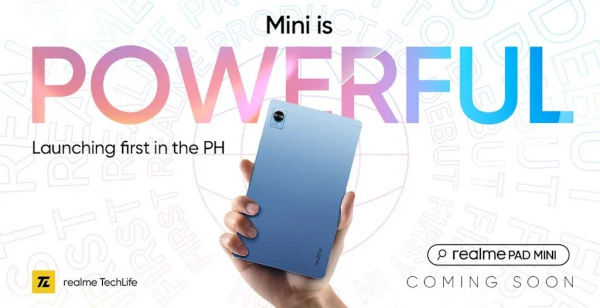