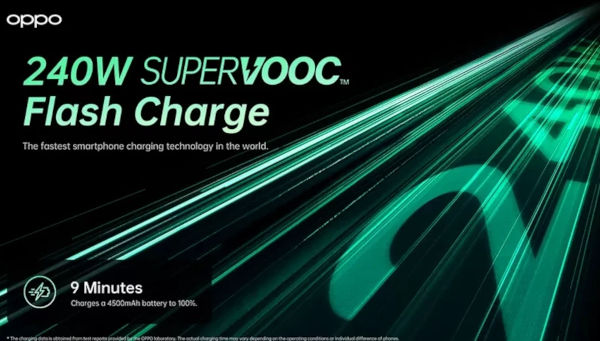 This allows users to accomplish a full charge from 0% – 100% in just 9 minutes. Oppo has released a video that shows the 240W charger in action with a timer counting each second until the battery is at 100%.

The Oppo 240W charging system has no time frame of when it will be available on smartphones, besides. The disadvantage of having a faster charging rate on smartphones is that the battery won’t last long.

Meanwhile, OnePlus and Realme have also been reportedly planning to unveil later this year the 150W system that charges to 50% in only five minutes and fully replenishes the battery in 17 minutes. After 1,600 charging cycles at 150W, the battery will still have 80% of the original battery capacity.