Nothing recently launched the TWS earbuds in the market called Nothing Ear 1. Now, the company which was formed a couple of years ago by OnePlus co-founder Carl Pei is set to hit the smartphone market. The company has been working on a few new products that are set to launch soon. 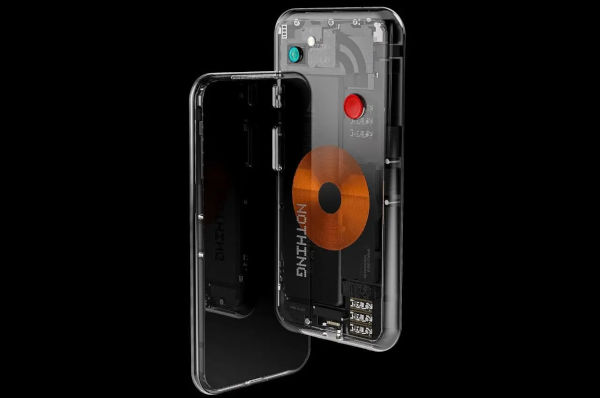 The company has been teasing the launch of its next product and if the rumors are to be believed, then the company is all set to launch its smartphone in the coming weeks. Now, ahead of that, an alleged image of the device has been leaked.

An alleged Nothing smartphone was spotted in the hands of Carl Pie and the image has been shared by Evan Blass. In the image, it appears that the company’s founder is showcasing the device to someone.

It isn’t very clear from the leaked image what the smartphone looks like but it reveals a black color for the back panel and a circular camera module with an LED flash. There’s a high probability that the device shown in the image is a prototype model. 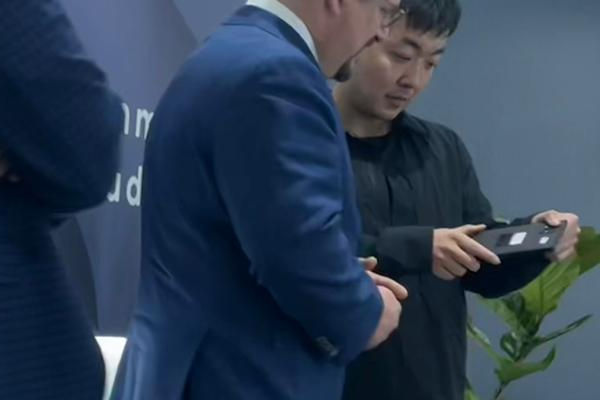 A few weeks ago, there was a Twitter thread from Carl Pei which hinted that the company is working on a new smartphone powered by the Qualcomm Snapdragon-series processor and running the Android operating system.

The company has also shared a photo on Twitter that shows a transparent frame of what appears to be a smartphone but it could also be something else. Given the teasers, it’s likely that the next product from the brand will also have a transparent body, similar to what it did with the Nothing Ear (1).

Nothing is working on five new products, ranging from a power bank and wireless earphones to a smartphone. Recent reports have revealed that the company’s upcoming power bank could be named Nothing Power (1) and the brand’s first smartphone could be called Nothing Phone (1). Both of these products are slated to launch this year.