The operations of the South African-owned cable TV, MultiChoice has been reviewed by the Federal Competition and Consumer Protection Commission (FCCPC).

mNaija reports that this development came after commission probe the company for alleged monopoly and consumer rights violation.

In a statement by its Director of Legal Services, Tam Tamunokonbia, the FCCPC said it has issued a series of directives to the pay-TV firm and failure to adhere will result in a N5 million fine.

The commission ordered MultiChoice to increase the number of times its subscribers can suspend their subscription in a year, having previously offered seven to 14 days to its users, with an option of using the feature twice yearly.

FCCPC also directed the owners of DSTV and GOTV to increase the number of times all subscribers may suspend their subscription up to at least four (4) times annually.

According to the commission, this will allow subscribers to maintain the same subscription fee for their DSTV or GOTV for a period of one year.

The consumer rights agency asked MultiChoice to make its customer service lines toll-free 24 hours daily and must be across all networks, stressing that the toll-free lines must be advertised on every channel at least daily.

However, FCCPC requested that the firm do a compliance report, which demonstrates full compliance with its directives within the time stipulated in the commission’s order of February 4, 2022. 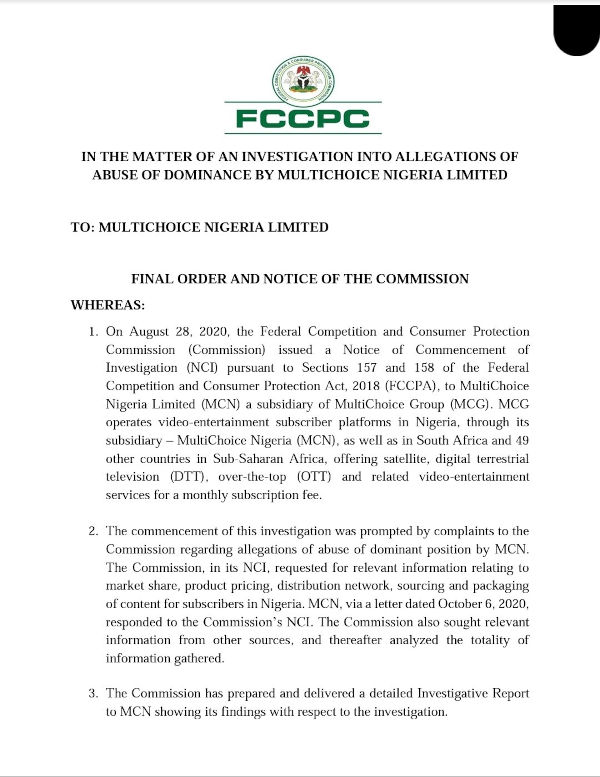 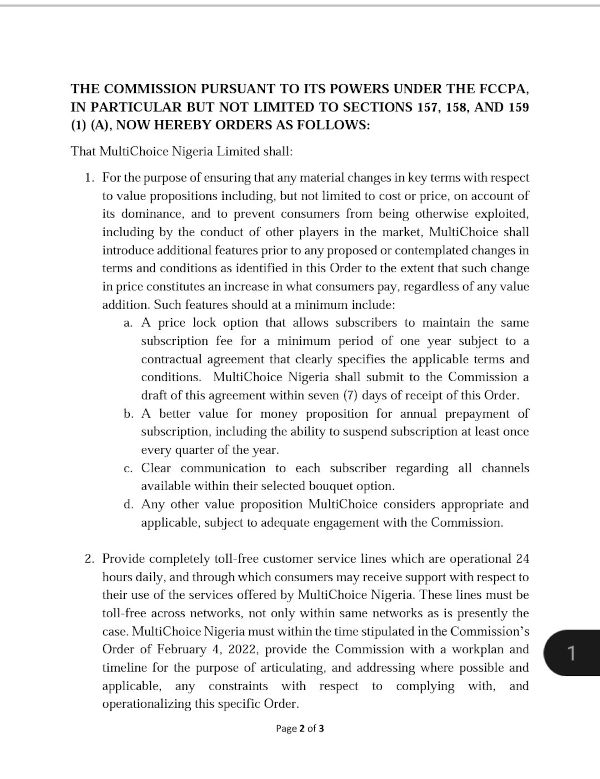 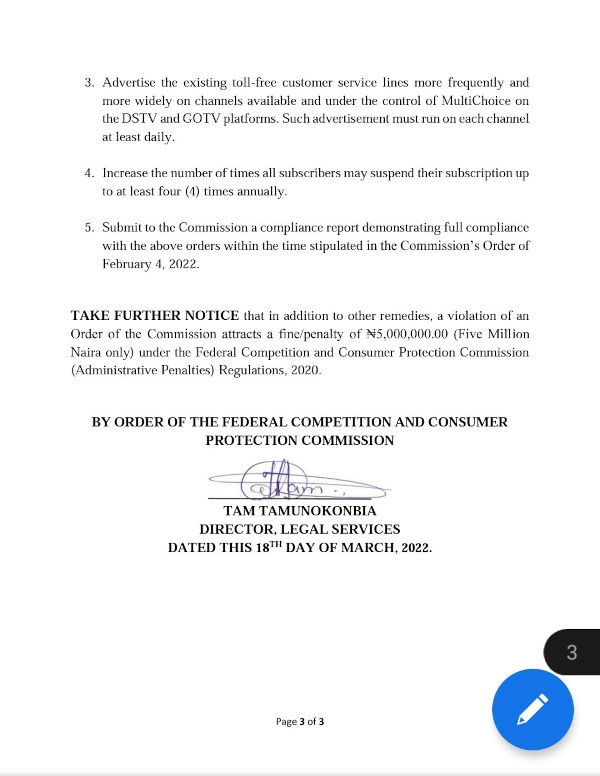