As if beating the Samsung Galaxy S22 Ultra on Geekbench earlier this month was not enough, Apple’s cheapest 5G iPhone, the iPhone SE 3, went ahead to still beat the flagship Galaxy device in a drop test as well. A smartphone-protection solutions company recently conducted drop tests of the Galaxy S22 ultra and the iPhone SE 3. And as per the results, the iPhone SE 3 performed better than the highest-end Galaxy. 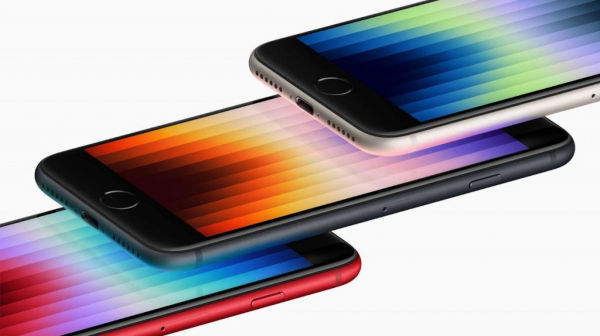 Allstate highlighted that the Galaxy S22 Ultra’s curved screen design is more vulnerable to shatters and cracks upon drops than other smartphones without a curved display.

The firm conducted the same test on the iPhone SE 3 and it performed much better in Allstate’s drop test than Samsung’s $1,199 device. The new iPhone SE comes in a compact form factor and has a much smaller footprint than the massive 6.8-inch Galaxy S22 Ultra. Plus, Apple claims that it uses the “toughest glass in a smartphone” for the front and back of the device, which actually proved true.

The iPhone SE 3 was able to survive a 6-foot, face-down drop on a concrete sidewalk. Although the display suffered a few minor scuffs and scratches, it did not shatter like the Galaxy S22 Ultra. However, this did not go well for the phone’s glass back as it got cracks at the bottom part, though the camera was alright.

These results go on to show that the Galaxy S22 Ultra is more prone to accidental shattering than the iPhone SE 3. Nonetheless, it is always wise to protect your investment, be it a $429 smartphone or a $1000+ device, with a case and a screen protector. You can share your thoughts with us about the drop test in the comments below.