The Infinix Smart 6 Plus has officially been launched in Nigeria. The handset has a similar design as the Smart 6 but powered by a different chipset. 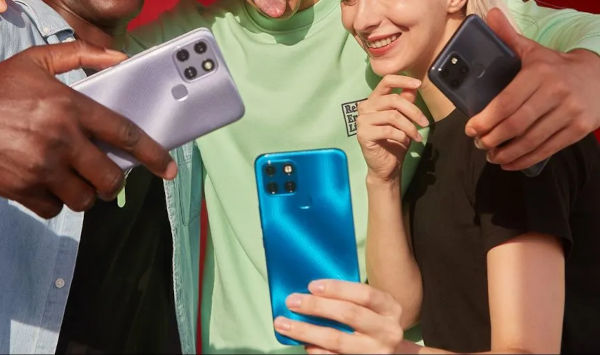 As for the camera department, the phone’s notch houses a single 5MP camera for selfie shots. It has a dual camera at the rear with an 8MP main lens and a QVGA sensor. The rear camera is capable of shooting 1080p videos at 30fps.

The handset is powered by the MediaTek Helio A22 SoC clocked at 2GHZ. It is coupled with 2GB of RAM and 32GB of internal storage. The phone has a microSD card slot with up to 128GB of expandable storage. 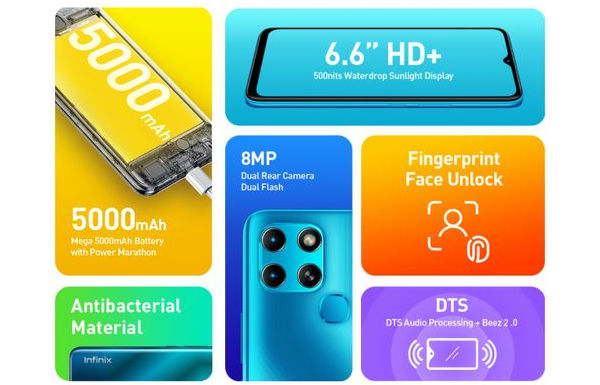 It packs a 5,000mAh non-removable battery. It has a micro-USB port and a 3.5mm headphone jack. As for security, the device has a rear-mounted fingerprint scanner. The phone has dual-SIM support and has a DTS speaker setup. Lastly, the phone runs on Android 11 Go Edition. 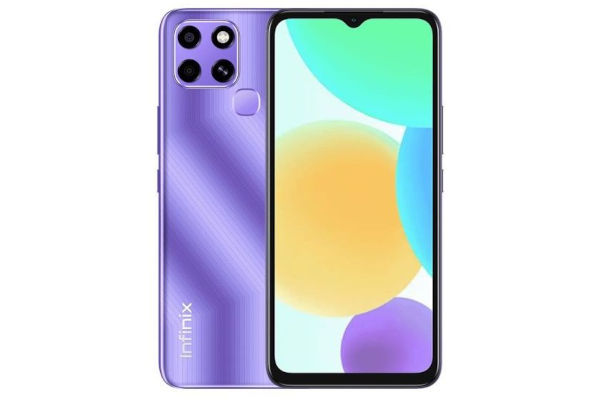 Storage and RAM: 32GB and 2GB RAM; expandable up to 128GB via microSD

Infinix Smart 6 Plus Price In Nigeria

The Pricing of the smart 6-series is as follows; 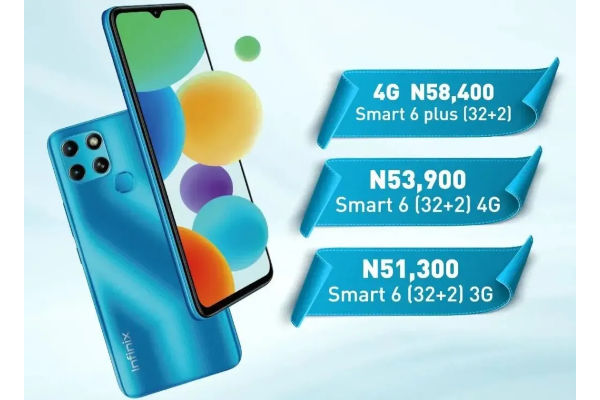 The three models comes in the same color ways – Purple, Ocean Blue, Light Sea Green, and Polar Black shades. The phone can be purchased from authorized online and offline stores in the country.