The design of the Google Pixel series flagship smartphones was updated last year with the arrival of the Pixel 6 and Pixel 6 Pro. Now, speaking about its successor, from all indications and speculations, it appears that the company will keep the same design but with few changes. 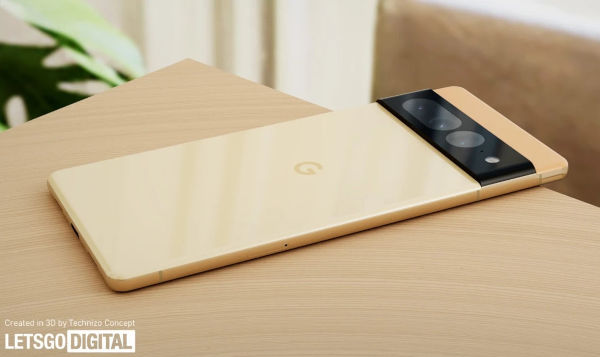 Renders of the upcoming Pixel 7 Pro smartphone have surfaced online, which shows what we can expect from the upcoming device as far as the phone’s design is concerned.

Based on the leaked renders, Technizo Concept created a concept video for the smartphone’s design. It appears that the periscope telephoto lens on the camera bar on the phone’s back panel is now separated from the other two lenses.

As for the specifications, the device is said to feature a 6.7-inch or 6.8-inch curved OLED display and have QHD+ screen resolution (1440p) along with support for a 120Hz refresh rate. It is also expected to continue offering an under-display fingerprint sensor despite the current-generation models facing issues.

The Pixel 6 series models were the first to come powered by the company’s own Tensor processor and the upcoming models are expected to pack the second-generation Google Tensor chipset and offer up to 512GB of internal storage.

Some reports have revealed that the Google Pixel 7 series is expected to come in Stormy Black, Kinda Coral, Sorta SeaFoam, and Cloudy White shades. While the launch timeline isn’t revealed, we expect the Pixel 7 series to go official sometime around October.