Apple has launched its top end desktop series processor, the Apple M1 Ultra. This chipset has been surfacing on benchmarking platforms, and now, the chipset has been spotted on GeekBench where it beat some popular chips from Intel and AMD. 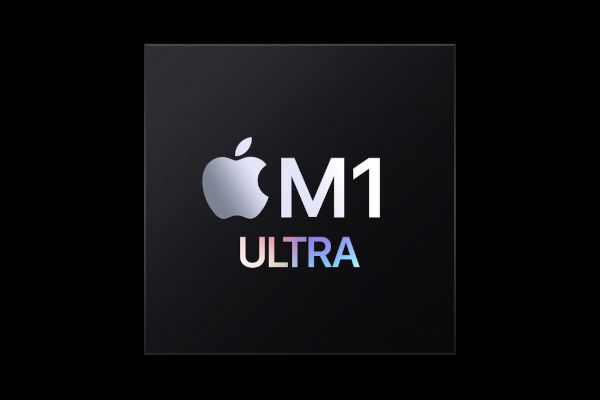 According to a Tweet from @TheGalox_, the Cupertino based giant’s newly unveiled M1 Ultra passed through GeekBench with a score of 24,055 points in the multi core tests and 1793 points in single core tests. 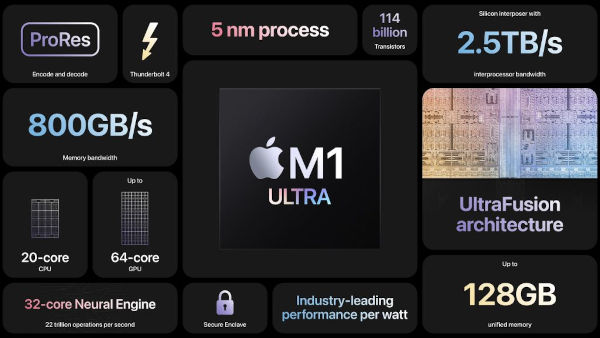 This result was quite impressive considering it beat Team Blue’s high end Core i9-12900K processor that only scored 17,299 points in the multi core tests. Although, its single core tests were slightly faster with a score of 1893.

However, the M1 Ultra’s performance really impressive when you pit it against Team Red’s Ryzen Threadripper PRO 5975WX chipset. This is a enterprise grade processor that scored 27603 points in multi core tests. Remember that the Threadripper has 32 cores while the M1 Ultra has just 20 cores. Furthermore, we had also recently reported on an early benchmark of the M1 Ultra nearly rivaling the Ryzen Threadripper 3990X processor, which has a whopping 64 cores.

Just saying, but geekbench scales a lot worse on windows than on macos so scores aren’t really comparable, Cinebench is better

While the new Apple chip did not beat the AMD chips, it came extremely close to matching both chipsets. This is quite impressive for a chipset that is basically two M1 Max SoCs combined together.

Although, this is just synthetic benchmarks that only depict raw performance in one particular platform. So it does not directly imply that the chip is already outperforming every other chipset in the market. But, it is still impressive nonetheless.