Amazon’s Luna cloud gaming service, which was first announced in 2020 and was made available as an early access project for a limited number of customers through an invite-only “early access” program. Now, it has been officially launched in the United States. 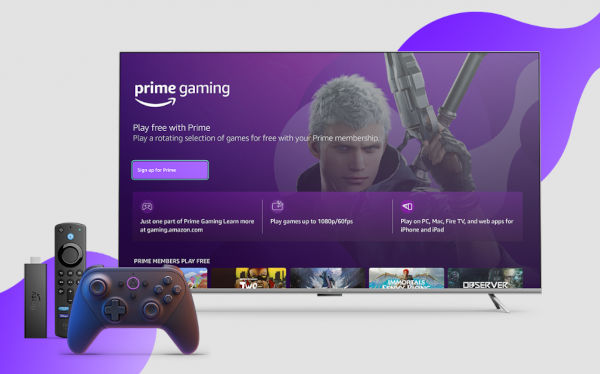 The cloud gaming service has formally launched in the mainland US and is available for users of Android, iOS, Chrome OS, macOS, and Windows.

The Luna+ service, which is a core offering from the company, is priced at $10 per month and gives access to more than 100 games. There are also kid-friendly Family Channel and Ubisoft+ Channels costing $6 and $18 per month respectively.

However, those who subscribe to the service in the month of March will get the Luna+ service for a discounted price of $6 per month and the Family channel for $3 a month. Those who are already subscribed to the service will have their current pricing locked.

Unlike other cloud gaming services like Google Stadia where users can purchase individual games for playing, the Amazon Luna works differently as users have to subscribe to channels that come with their own bundles of games.

Apart from the Luna+ and Ubisoft+ channels, the company is also offering Prime Gaming Channel that offers Amazon Prime members a selection of free games to play. There’s also a Retro Channel with classic games. The company also has a Jackbox Games Channel and is debuting a new “Luna Couch” feature that lets other people join in playing even if they don’t subscribe to Luna themselves. Both the Retro Channel and Jackbox Games Channel have been priced at $4.99 per month.

Amazon is also debuting a new feature for Luna in which it is leveraging Twitch by adding native support for one-click broadcasting. Just by a simple press of a button on Luna, users can instantly live stream the game with a camera feed overlay.