About a month ago, WhatsApp started testing the ability to listen to voice messages outside of the chat in which they were received. Today, the messenger has given access to this feature to all users of WhatsApp for iOS.

Application version 22.4.75 allows you to play voice messages and audio files outside of chats. In this case, the user can start listening to an audio message, switch to another chat and conduct a conversation in it without interrupting listening to the audio file.

This will pin the mini-player to the top of the screen. It will allow you to pause, resume or end listening to the audio message. 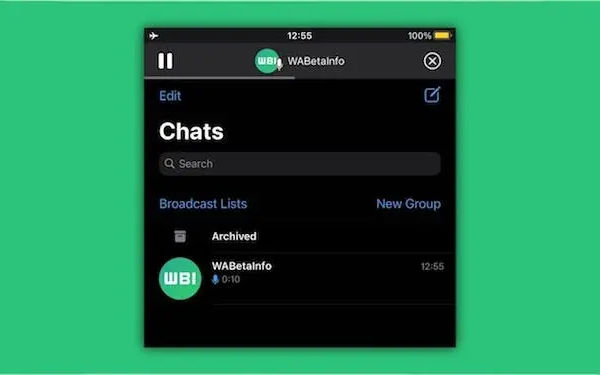 Another innovation of WhatsApp 22.4.75 was the function of displaying the profile photo of the sender of the message in the notification on the iOS lock screen. This feature has long been available to users of applications such as Twitter and Slack.

So, WhatsApp 22.4.75 is now available in the App Store for all users. It is noted that the features described may not be available immediately, as WhatsApp is rolling them out gradually.