The Mobile World Congress MWC 2022 event is now live. Samsung being a participant is one of the first brands to unveil their new products at the MWC event. The South Korean tech giant has unveiled the Galaxy Book2 Pro and Galaxy Book2 Pro 360. 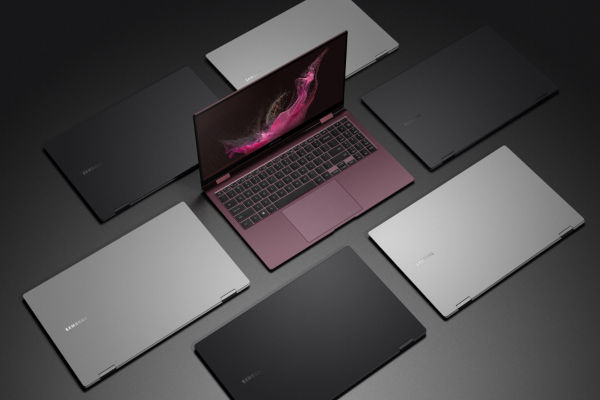 Both models run on Windows 11 OS and carry support for S Pen, which lacks support for Bluetooth connectivity. With reduced latency, the S Pen can be used for drawing and writing. The Samsung Notes app promises improvements in departments like handwriting recognition and hyperlink support. The app can instantly synch with respective apps running on Galaxy devices.

The Galaxy Book2 Pro and Book2 Pro 360 are powered by the 12th generation Intel Core i7 and Core i5 processors, up to 32 GB of LPDDR5 RAM, and up to 1 TB of NVMe SSD storage. The Book2 Pro has a 63Wh battery, while the Book2 Pro 360 packs a 68Wh battery. Both carry support for 65W fast charging through USB-C.

Both notebooks come with Dolby Atmos powered dual stereo 4 speakers. These devices are equipped with connectivity features such as Wi-Fi 6E, Bluetooth 5.1, and 5G (only on Pro).  When it comes to ports, these devices offer a Thunderbolt 4, a USB-C port (two on 360), 2 x USB 3.2 Type-A ports, an HDMI port, a microSD card slot, a 3.5mm audio jack. 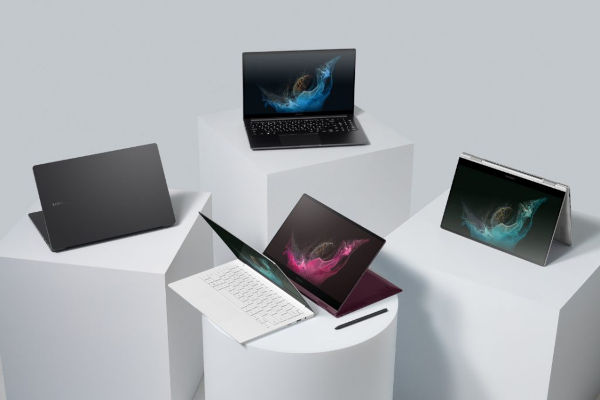 The specifications of Galaxy Book2 Pro are as follows:

Here are the specifications of the Galaxy Book2 Pro 360:

Here are the specifications of the Galaxy Book2 360:

The Galaxy Book2 Pro is priced at $1,049 and it will be available in colors such as Silver and Graphite.

On the other side, the Galaxy Book2 Pro 360 costs $1,249 and comes in Burgundy, Graphite, and Silver colors. Both models will go on sale from April 1 in the U.S,