The Redmi K50 Gaming Edition has been officially confirmed to arrive on February 16 in China. However, ahead of the release, company officials have continued to tease the device. The latest teaser brags about the charging capabilities of the gaming phone. 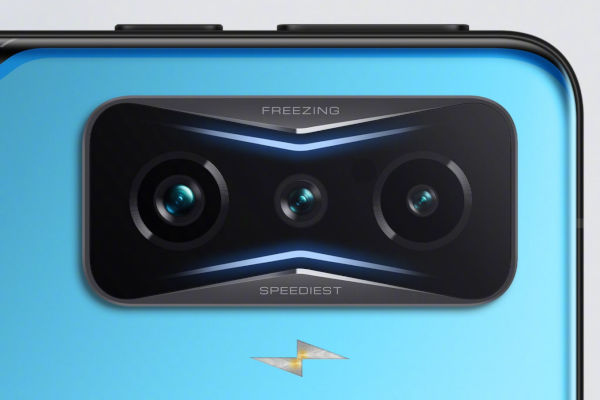 Redmi GM Lu Weibing today through a post on Weibo revealed that the 4,700mAh battery on the Redmi K50 Gaming can be filled up in just 17 minutes. This has been said to be the “fastest charging Snapdragon 8 series mobile phone that has been listed.”

The charging system on the phone has been likened to mid-air refuels, allowing heavy gaming even when plugged in. The USB-C-end of the charging cable has been angled so as to not interfere when the device is being held horizontally. An elaborate cooling system complete with cooling fans also means that gaming while charging should not result in overheating. 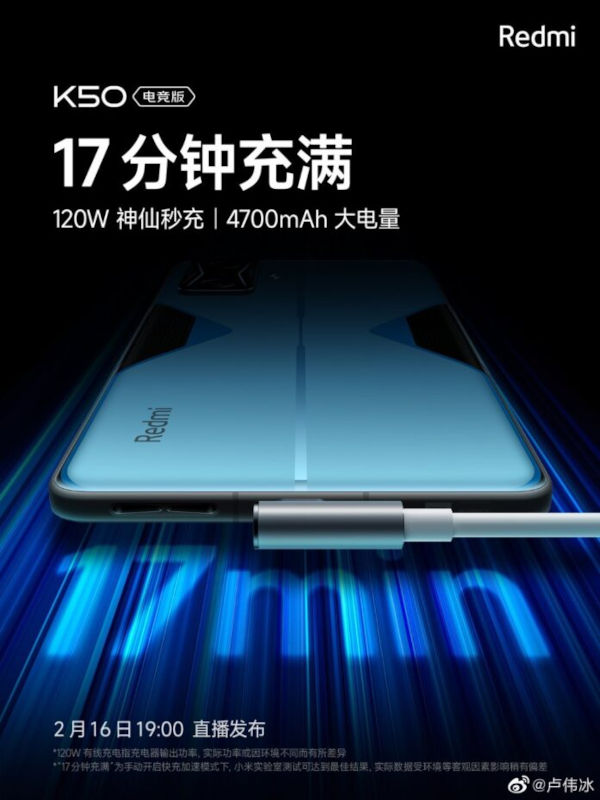 Lu had earlier revealed that the Redmi K50 Gaming uses an MTW multi-pole battery, which has a lower internal resistance and lower heat generation. This has been paired with dual high-speed cells for higher charging efficiency.

According to previous teasers, there’s a triple camera setup at the rear, with the primary being a 64MP Sony IMX686 sensor. On the front side, there will be a 20MP unit for selfies and video calling.