MIUI 13 is gradually reaching more markets as it has arrived in India. With over 500 million monthly active users globally, the Indian market boasts boast a very large portion of that. Some users may feel disappointed to know that the update focuses on performance once more, giving a miss to UI-related changes for the second time in a row. 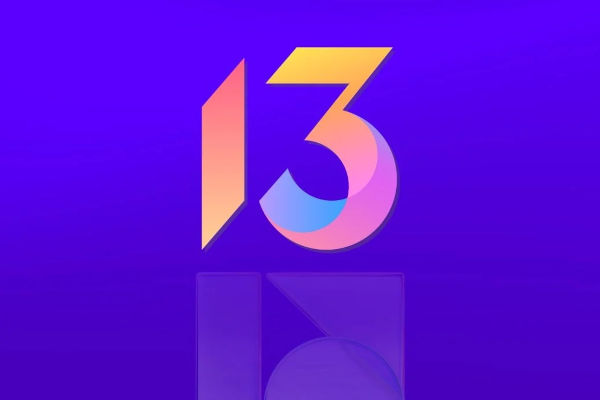 The latest version of MIUI revolves around four elements, aimed at improving user experience and reducing power consumption. The list is starts with Optimized File Storage System which has been claimed to keep read/write speeds tip-top even after 36 months of usage. Xiaomi says that other Android skins don’t focus on defragmentation the way MIUI does, resulting in them losing up to 50% of the R/W speeds in 3 years.

Next up is RAM Optimization which has been claimed to boost background process efficiency by 40%, allowing more apps to be run at once and helping achieve a better multitasking experience. It is joined by Processor Priority Optimization that employs automated CPU/GPU allocation to help the OS prioritize foreground apps. 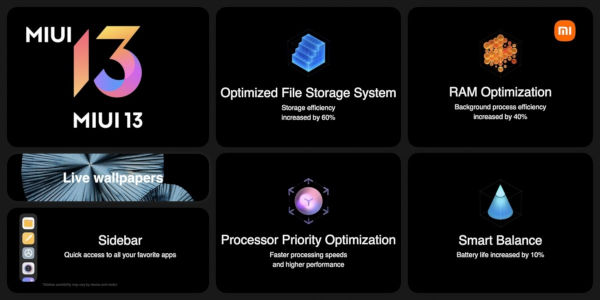 Lastly, there’s the promise of up to 10% improved battery life thanks to Smart Balance.

Apart from this, for the visual elements, Xiaomi has partnered with Beauty of Science to bring a bunch of cool, new live wallpapers, inspired by the crystallization of various substances. Do note that just like Super Wallpapers from MIUI 12, these will not be available across all devices. Still, lower-end devices can enjoy a brand new collection of static wallpapers that look like a breath of fresh air.

Upgraded widgets support, which was one of the main highlights of MIUI 13 China, looks to have been skipped for now but you do get a new Sidebar feature. This allows access to your favorite apps with just a swipe. A great use-case for this would be pulling up the Notes app as a small window over the current app for some quick jotting.

MIUI 13 in India will commence rollouts starting with flagships and recent launches. 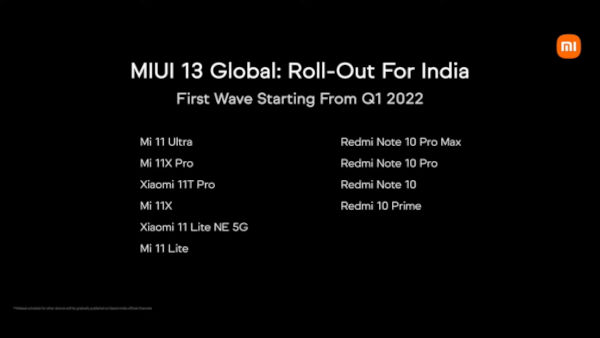