How To Participate In The New ‘Who Wants To Be A Millionaire’ Show?

Following weeks of rumor, BLK HUT finally returns with “Who Wants To Be A Millionaire“ (WWTBAM). The new WWTBAM series two is a new version of the popular Nigerian TV game show where contestants could ₦10,000,000 by answering 14 multiple-choice questions correctly. However, in the new series, you can now win as much as ₦20,000,000. 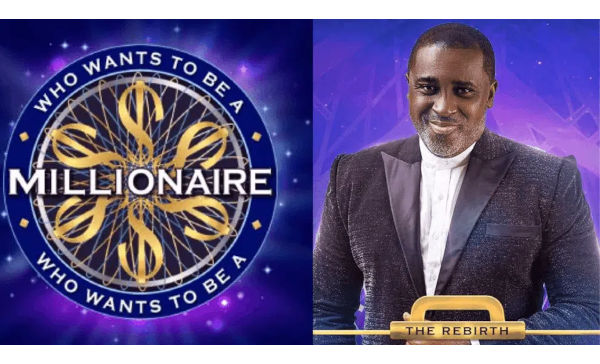 Five years! It’s been 5 years since “Who wants to be a millionaire?” left our TV screens, particularly disappointing audiences. The game show which was based on the original British format of Who Wants to Be a Millionaire? was first aired on 8 October 2004 and stopped temporarily on 25 June 2017.

But, over the years, a demand for a return to the game show was becoming stronger and stronger. Now that the show has returned Nigerians have been asking several questions including how to participate in the game show.

Participate In The New ‘Who Wants To Be A Millionaire’ Show?

You can select three of the following options;

1 – for Studio Play Participation
2 – For Question of the Week
3 – For Sponsored Play.

More FAQs On ‘Who Wants To Be A Millionaire’?

What time can I watch ‘Who Wants To Be A Millionaire’?

What TV Stations / Channels can I watch WWTBAM?

Stations to watch it are African Magic Family on DSTV, STV and NTA.

How do I get to be part of the audience?

For now, there will be no studio audience due to Covid-19 restrictions. Any changes concerning this will be announced.

How do I know if I have been selected?

A verifier will inform you whether you have been selected and will also give you instructions on the next steps to take.

If I have been on the Hot-Seat before, can I try again?

If you have been a Hot-Seat contestant, you cannot be a contestant again.

If I do not get to the Hot Seat can I try again?

Yes, keep trying until you reach the Hot Seat!

How many times do I need to play to be selected as a contestant?

If I am not randomly selected to be on the show, can I get back the money I used to play?

No, the money counts as service rendered. Please see the terms and conditions.

Are any one of the methods a 100% guarantee that I would be selected?

Contestants are randomly selected to be on the show from the pool of correct answers. The way to increase your chances of being selected is to have multiple entries.

Who is the host?

Your favourite host, Frank Edoho is back as the host of the television game show, Who Wants to be a Millionaire.