Apple’s iPhone 12 Pro Max smartphone has successfully been modified by a Slovakian company DEEP. The company has incorporated a USB-C port into the device. The new USB-C port is something that has been long expected for the iPhone as much of Apple’s lineup of products now comes with the global connectivity option via the USB-C port for both charging and connectivity. 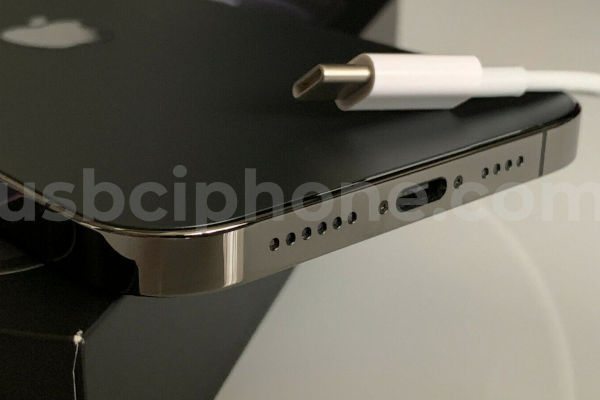 Apple iPads and Macs already have the standard USB—port available, but this has not been birthed on the iPhone 12 series official. We have only seen a third-party iPhone X with USB-C also sold on eBay for a hefty $86,000.

The company DEEP provided a walk-through video that details all the steps taken to transform the iPhone 12 Max Pro into a USB-C-capable device. The modification process started with opening the smartphone and removing the Lightning port flex cable assembly.

The needed measurements are taken so that the USB-C connector and the housing could be properly placed. A flex cable designed with the USB-C port and implementing an original Mfi chip was then soldered into the flex assembly and installed back to the iPhone 12 Pro Max. A 3D printing of the housing was done for the new port to fit snugly.

The new USB-C iPhone 12 Pro Max has been put through the paces and it is fully operational both in charging the device and connectivity. It works with iTunes and the phone’s internal storage connects with the Mac seamlessly.

As per charging, the modified iPhone 12 Pro Max charges properly with an original Apple charger using a USB-C to C (or USB-A to C) cable. There is no mention of potential drawbacks of the device in the absence of its original Lightning connector. It is also unclear whether there was an interface between the company and Apple.

The USB-C iPhone 12 Pro Max is already put on sale on eBay via an auction. It will be the second-ever iPhone with a USB-C port. The first model did not get the traction expected by its designers. We shall keep tabs on the auction which will run from February 24 until March 6 at 3.00 am Eastern Time. It is also unclear whether the water resistance rating of the original iPhone 12 Pro Max is maintained with the current modification.