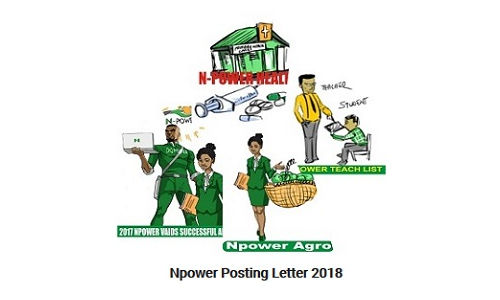 The government says it has mapped out an exit strategy for hundreds of thousands of unemployed graduates who are currently taking part in the N-Power scheme.

The strategy involves a training programme in specific areas after which the graduates will be given loans to start their own businesses.

Hundreds of thousands of graduates who had taken part in the scheme had complained of a lack of exit plan for them as they are simply left to rejoin the unemployment market after completing the two years of the N-Power programme.

The good news is that the exit strategy is now in place, says the humanitarian affairs and social development minister.

She said the strategy is part of the exit programme put in place for those who have successfully completed their two-year training under the N-Power scheme.

“On this, we have gone far and we are in the process of training those that indicated interest and I am sure before the end of this quarter, these people will be given these loans by the CBN,” she said.

She said the loans are being handled by the central bank because “as a ministry or government agency, we don’t give loans.”

The minister also spoke about the impact of the scheme on previous beneficiaries.

“In the batch ‘A’ and ‘B’, 500,000 people benefited on that (N-Power) programme for a period of four years and we were giving them N30,000 monthly stipend while the batch ‘B’ benefited for two years.

“These are people who were not employed; they had nothing to do but they were engaged to have a decent living.”

Details will be communicated to you in the coming weeks.