As usual, AnTuTu has released its latest list of smartphone performance rankings for the month of January 2022. The major difference over the rankings of the previous months is the launch of the Snapdragon 8 Gen 1 SoC, which brought about a change in the rankings as new flagships hit the market. 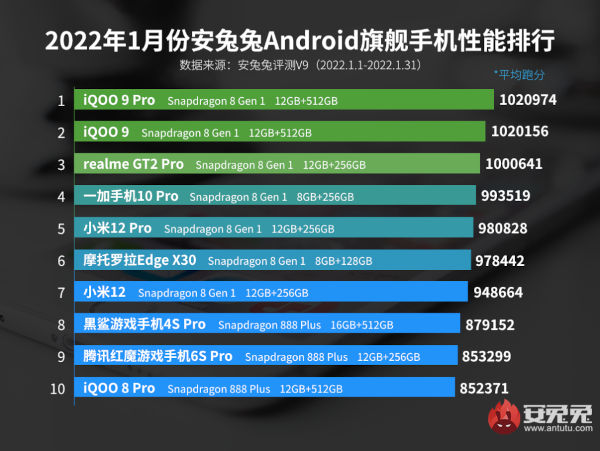 Obviously, smartphones with Snapdragon 8 Gen 1 SoC dominated the list, holding the top 7 of the spots. Meanwhile, devices with the Snapdragon 888 Plus took the last three spots, which included the Black Shark 4S Pro, Red Magic 6S Pro, and iQOO 8 Pro. Although, these models will soon be kicked off the list as newer flagship devices from different brands hit the market soon. This includes the upcoming Samsung Galaxy S22 series and others.

Apart from the premium grade segment, AnTuTu also shared the rankings for the mid range handset category as well. In this list, there is barely any change over the month of December 2021. 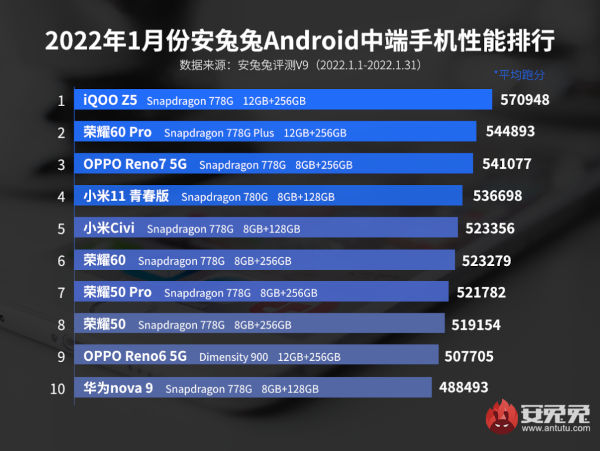 Almost all of the models in the list featured Qualcomm’s Snapdragon 778G processor, with only one featuring the Dimensity 900 SoC. The rankings were also more or less the same except a switch in the middle. iQOO Z5 still led the list, with the Honor 60 Pro and Reno7 5G arriving second and third respectively. But with the start of a new year, we can expect Qualcomm to launch new mid range chips later this year.