WhatsApp’s chat history migration between Android and iOS and more

By Andre Falana On Jan 22, 2022
Share
Join Us On Telegram
Related Posts

WhatsApp is set to roll out chat history migration between Android and iOS devices. That was revealed by the source code found of WhatsApp 22.2.74 beta for iOS.

It seems that it won’t be a straightforward process, though. The migration process requires both devices to have the app installed and the process of migration will likely work using a cable or a private Wi-Fi connection. In comparison, other messaging apps store and sync user data using Google Drive, iCloud or their own cloud service. 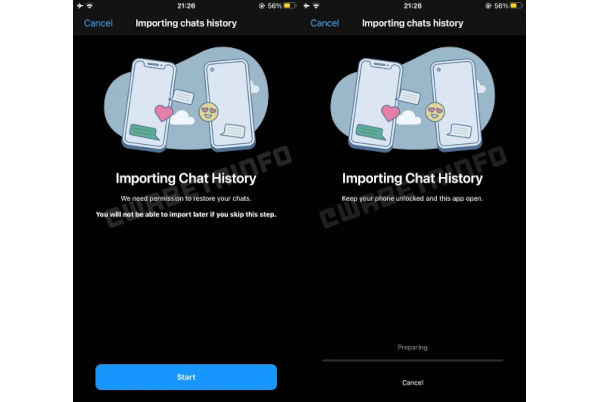 As of now, the only official way to sync your WhatsApp data between an iOS and Android phone is to own a Samsung-made device. The migration works one way – from an iPhone to a Samsung via cable and using Samsung’s SmartSwitch app.

In other news, the developers of WhatsApp have started rolling out an update that will allow you to pause and resume voice recording.

This feature is now rolling out to the web/desktop client, and it is already available for iOS users. Android users beta testers will need to wait a little more for the update to be available.