Tecno has yet again introduced another iterations of Tecno POP 5-series – a POP 5S for the North American region. The handset offers 4G LTE network and looks pretty similar to itel A26 smartphone. 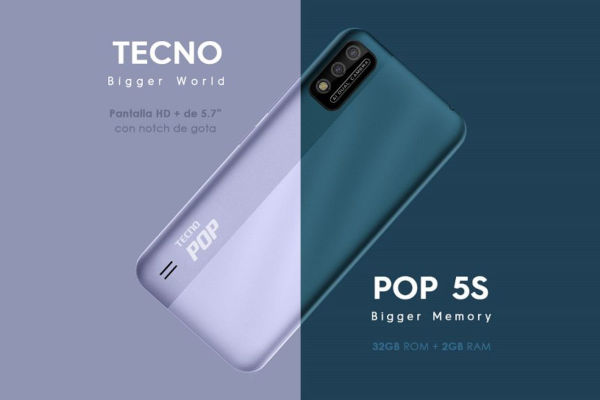 The Tecno POP 5S is built around a 5.7-inches screen with 720 x 1520 pixels resolution. The model has a dewdrop notch on the head, and the screen panel is TFT.

Under the hood, the phone is powered by a quad-core UNISOC SC9832E CPU, clocked at 1.4Ghz along with Mali T820 GPU. The device has 2GB RAM and 32-Gigs of internal ROM. It has dual Nano-SIM and a space for an external SD-card.

Around the back, you are getting dual 5MP + 0.08MP rear snappers, along with a single LED flash, while a another single 2-megapixel selfie camera seats within the notch upfront.

The device does not have a fingerprint scanner, but only offers FaceID and other Android default locks. Fueling the phone is a 3020mAh battery. It runs Android 10 (Go Edition) out of the box. 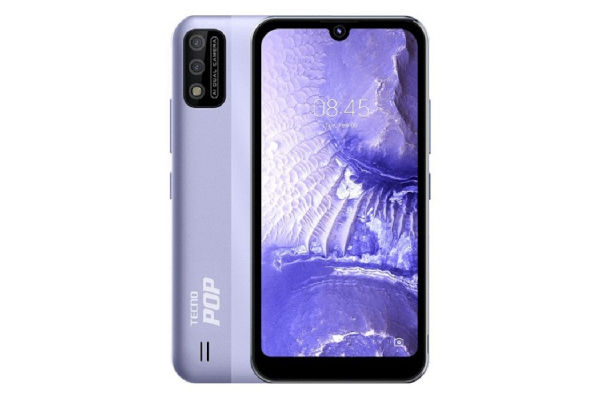