Tecno Mobile has added a new variant to its Pop 5 series called Tecno Pop 5 Pro. The handset was launched in India today as the latest entry-level offering from the company. 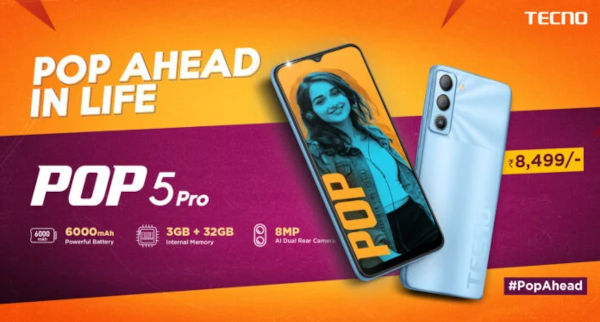 The Pop 5 Pro features a 6.52-inches display with an HD+ resolution, pixel density of 269ppi, and a maximum brightness of 480nits. The touch sampling rate stands at 120Hz and the panel houses a waterdrop notch atop for the front camera. The phone’s frame is plastic with a plastic back and the front has a screen-to-body ratio of 90%.

The Pop 5 Pro is powered by the MediaTek’s Helio A22 chipset, supported by 3GB of RAM and 32GB of storage, with the latter being expandable to up to 256GB with an SD card. 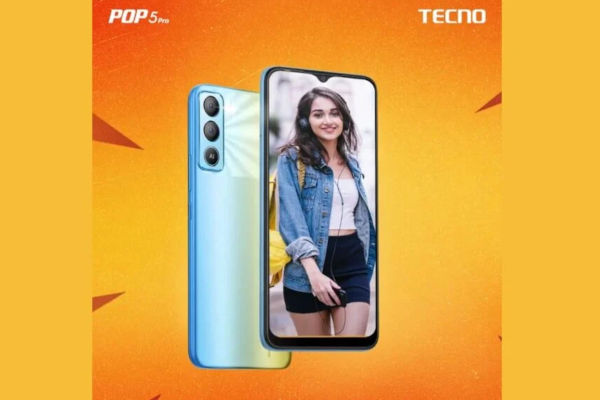 As for optics, the Tecno Pop 5 Pro is equipped with an 8MP primary rear camera with a secondary AI lens. The camera app offers AI portrait mode, HDR mode, and supports filters. For selfies, you get a 5MP front camera with an f/2.0 aperture lens and front-facing flash.

The Tecno Pop 5 Pro’s battery is sized 6,000mAh and is claimed to offer up to 54 hours of talk time or 120 hours of music playback. There are also multiple software optimizations onboard such as a Battery Lab feature and a dedicated Ultra Power Saving mode.

Support for 14 regional languages is offered and the handset even features an IPX2 rating for splash resistance. Out of the box, it boots into Android 11 Go edition with the company’s HiOS skin on top. 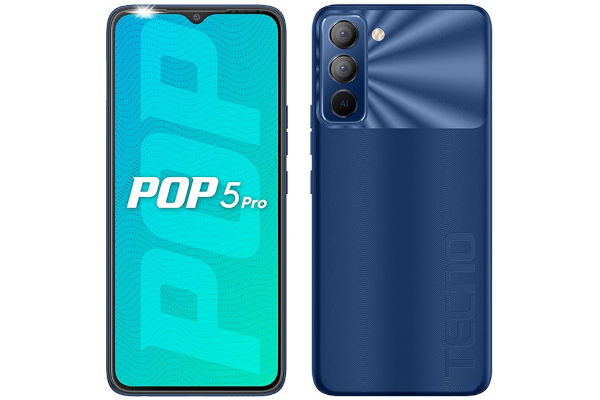 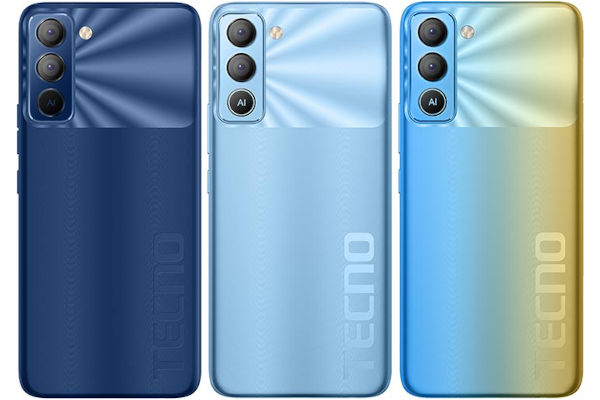