The first highlight of the year for Samsung is always its first Galaxy Unpacked event which usually takes place between January and March of each year. A few days ago, the Korean giant confirmed that it would hold the Galaxy Unpacked event in February 2022, though the company is yet to reveal the exact launch date. However, it seemed that some info slipped through the cracks as users found the exact official launch date online. 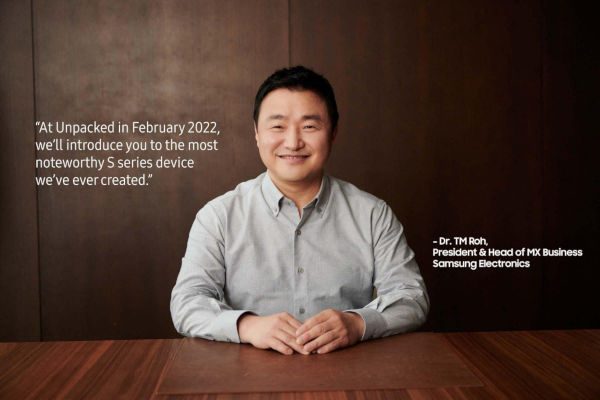 Samsung Galaxy Unpacked February 2022 will officially happening on February 9, 2022 (Wednesday) at 10 am EST (8:30 pm IST). The info comes from users online reporting that they were given a Samsung Galaxy Unpacked 2022 advertisement on Instagram that led them to the pre-order reservation sign up form. After completing the form, in a pop-up completion message, Samsung revealed that it will unveil its new range of innovative products on February 9 at 10 am EST via Samsung.com, which is where Samsung usually hosts the live stream for their annual Spring Unpacked event. 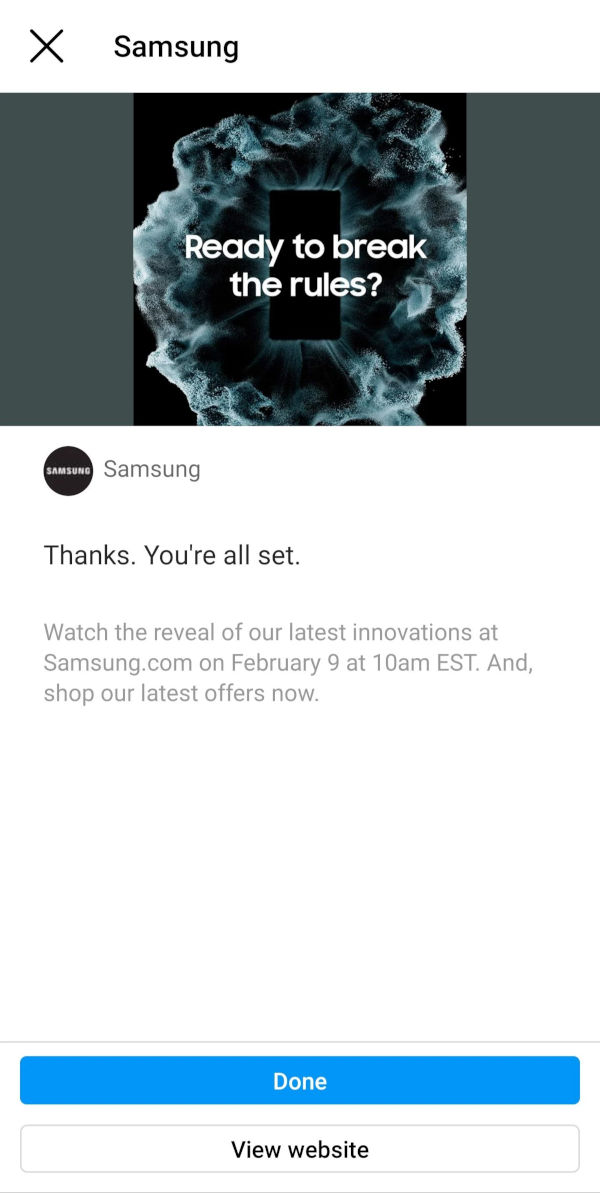 The Galaxy S22, Galaxy S22+, and Galaxy S22 Ultra as well as the upcoming Galaxy Tab S8 series are now officially open for preorder reservations. The company will be offering early-bird discounts and bonuses for those who chose to place a reservation right away. The company is promoting “exclusive offers” which are not known yet but there is the usual $50 credit.

The Galaxy S22 series is expected to come with the latest Qualcomm Snapdragon 8 Gen 1 chipset while some models will ship in a few regions with an Exynos 2200 chipset. The device will come with up to 12GB RAM and 512GB storage.

Furthermore, the flagship models will run on the latest Android 12 operating system with an overlay of Samsung’s custom One UI 4.0. The top variant – the Galaxy S22 Ultra will include a dedicated S Pen Stylus in the device and pack a 5,000mAh battery with support for 45W super-fast charging.