The Samsung Galaxy S22 series is expected to be unveiled in few weeks time following launch of the Galaxy S21 FE earlier this month. In fact the Galaxy S22 lineup is rumored to debut in February. Now, a new report has emerged from South Korea, confirming the information and also revealing a few details on the specific launch, pre-order, and release dates. 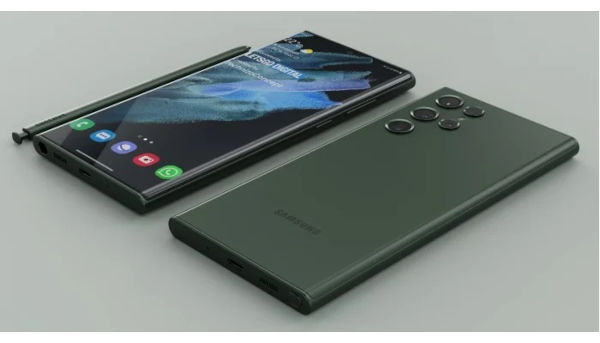 According to the DDaily report, Samsung will make the Galaxy S22 series official on February 8, 2022 at the Unpacked event.

The report also claimed that the Samsung Galaxy S22 series will be up for pre-orders on February 9, will start shipping from February 21st and be available in stores from February 24.

Speaking of the color options, the Samsung Galaxy S22 and the Galaxy S22+ could be available in Beige, Black, Green, Grey, Light Blue, Rose Gold, and White. The latter will be sold in Violet colour. Lastly, the Galaxy S22 Ultra could be launched in Burgundy, Green, Phantom Black, and Phantom White colour variants.

As for the leaked specifications, the Samsung Galaxy S22 will reportedly feature a 6.06-inch FHD+ LTPS display with a 120Hz refresh rate and a punch-hole design. The Galaxy S22+ will have a slightly bigger 6.55-inch screen with the same LTPO panel and 120Hz refresh rate. Lastly, the Galaxy S22 Ultra could get a bigger 6.81-inch LTPO 120Hz AMOLED display. We can speculate they will have a centre-positioned punch-hole cutout, HDR10+, Corning Gorilla Victus layer, and others.

The Samsung Galaxy S22 series will be powered by the Qualcomm Snapdragon 8 Gen1 chipset paired with Adreno GPU. While the Indian model could come with an Exynos 2200 chipset paired with up to 16GB LPDDR5x RAM and 512GB UFS 3.1 internal storage that could be further expandable. They’re likely to run Android 12 OS with OneUI 4.0 custom skin out of the box. Connectivity options could include 5G, 4G LTE, Wi-Fi 6, Bluetooth 5.2, GPS, and USB Type-C port for charging and data sync.

The Samsung Galaxy S22 Ultra is said to get a 5,000 battery that will have support for 45W fast charging. While the Galaxy S22 and S22+ could get 3700mAh and 4500mAh capacity batteries, respectively. The Samsung Galaxy S22 and Galaxy S22+ are said to feature a 50MP primary sensor, a 12MP telephoto unit, and a 12MP ultra-wide-angle lens. While the Galaxy S22 Ultra could get a quad-camera setup with a 108MP SuperClear lens, a 12MP ultra-wide lens, and two 10MP telephoto lenses with 3x and 10x zoom and OIS support. It could get a 40MP selfie snapper on the front.

They could get an ultrasonic in-display fingerprint sensor for security, stereo speakers, an IP68 rating for dust and water resistance, fast wireless charging, Samsung Pay and DeX.