Samsung launched the Samsung Galaxy F22 smartphone in July 2021. It seems the successor of the F22 is already in works. The upcoming Samsung Galaxy SM-E236B has now been spotted on the Geekbench benchmark database. This is expected to be the upcoming Galaxy F23. As usual, the company might also rebrand the same device as the Galaxy M23. 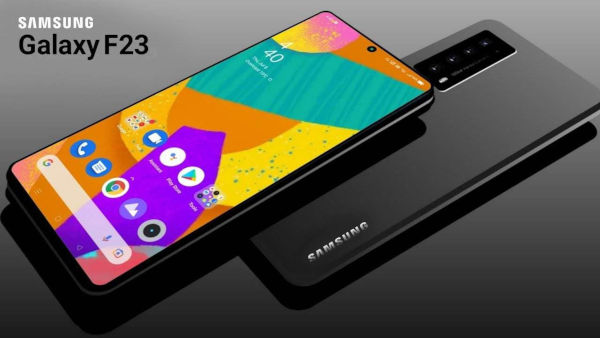 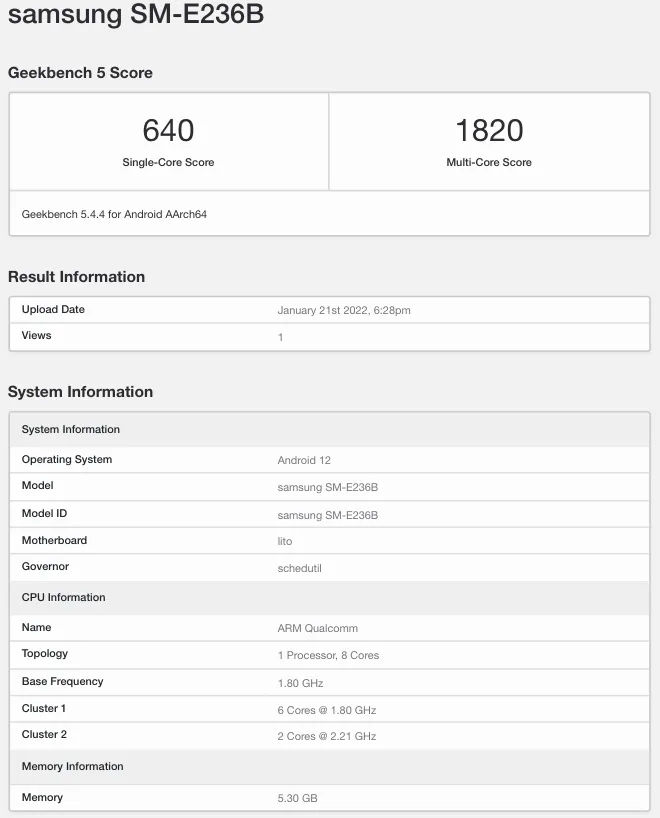 Samsung Galaxy SM-E236B appeared on Geekbench 5 database. As per the listing, the handset scored 640 points in the single-core round of the benchmark test. Whereas, the score in the multi-core round of the same test was recorded as 1820 points. The listing confirms the presence of an octa-core Qualcomm Snapdragon processor with codename lito.

Based on this, the handset appears to be powered by Qualcomm Snapdragon 750G processor. This is the same processor that we have seen on the OnePlus Nord CE, Xiaomi Mi 10i, and Samsung Galaxy A52 5G. Snapdragon 750 comes with an integrated X52 modem, that brings 5G connectivity to the table.

The benchmark listing also confirms the presence of Adreno 619 GPU. The handset appeared on benchmark database with 6GB RAM variant. However, we can expect the company to launch the device in other memory configurations as well. It will run Android 12 out of the box, but as usual, there would be OneUI skin on top.

Last year, Samsung had launched the same device with Galaxy F22 and Galaxy M22 monikers. So, there is a good chance of same happening this year too. This means, the company could launch the Galaxy F23 5G as the Galaxy M23 5G in some markets.