Today, Xiaomi‘s sub-brand Redmi announced that the Redmi Note 11S will launch on Feb 9 2022 in India. The device was previously confirmed to come with an AMOLED display, and now, the entire spec sheet of the device along with its expected pricing has been revealed in a new leak. 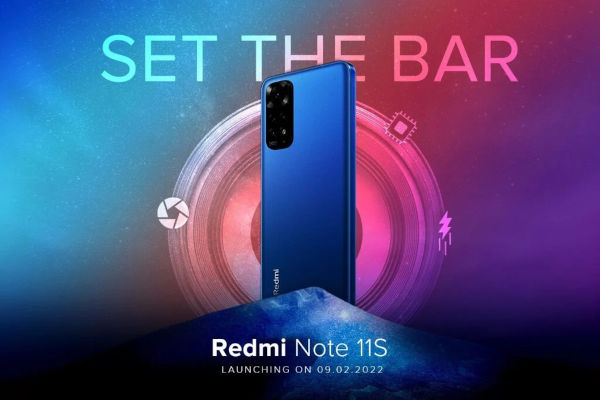 Tipster Yogesh Brar recently tweeted out the entire spec list of the upcoming device along with its pricing and OS version. According to Brar, the Redmi Note 11S will get a 6.4-inch FHD+ AMOLED display with 90Hz refresh rate. It will run the 4G enabled MediaTek Helio G96 SoC which offers slight improvements over the current Helio G95 featured in the Note 10S.

The device will be available in India in 4GB and 6Gb RAM options will offer 64GB and 128GB storage. The smartphone will house a 5000mAh battery with 33W fast charging support.

Going by the previous leaks, these cameras can be a 108-megapixel primary Samsung HM2 camera, an 8 megapixel Sony IMX3555 ultra-wide-angle lens, and a 2 megapixel OV2a OmniVision macro sensor. Additionally, the device is also said to come with a 13MP selfie snapper.